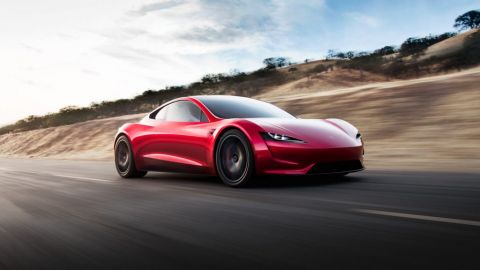 It may be noted here that Tesla aims to set a milestone for the automation of vehicles. In simple words, we can say that the American electric car giant is eager to make its EVs fully autonomous. The company’s EVs come standard with advanced hardware as well as software capable of providing several innovative self-driving capabilities.

However, thus far FSD has not been able to make the EVs fully autonomous as the vehicles still require a human driver behind the steering wheel to take control of EV in any case of an emergency.

According the EV giant’s claims, the driving visualization has been significantly improved to better support FSD capabilities. When FSD is engaged, the instrument panel displays an expanded visualization to provide additional surrounding information. Apps on the left as well as right side of the massive instrument panel gets temporarily dismissed and information like speed and Autopilot set speed move to the panel’s bottom.

The new FSD update has been touted by Musk as “mind-blowing” important step toward the company’s plans to deliver a true full self-driving system. However, the billionaire entrepreneur didn’t go into deep details about the improvements brought to the FSD system. Instead, he reiterated warnings regarding the use of the self-driving feature.

In a newly released note, Tesla said, “Full Self-Driving is in early limited access Beta and must be used with additional caution. It may do the wrong thing at the worst time, so you must always keep your hands on the wheel and pay extra attention on the road. Do not become complacent.”

The company stressed that one should use FSD in limited Beta only if one is ready to pay constant attention to the road, and remain prepared to act immediately, especially while driving around blind corners and crossing intersections.

The new update isn’t available to all Tesla EV owners. It has been made available only to members of Tesla’s early access program, which consists roughly 2,000 Tesla owners and a big majority of them are employees of the company.