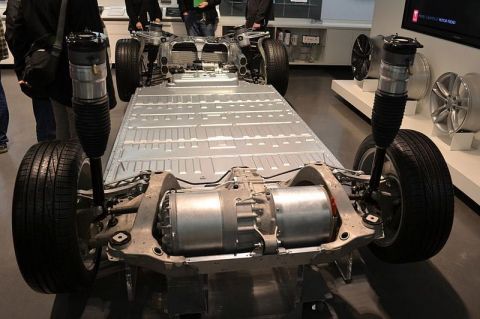 American electric vehicle (EV) pioneer Tesla Motors is preparing to build new EV components recycling facility at its Gigafactory Shanghai in China, documents filed with the local authorities revealed. Amid increasing demand for EVs, manufacturers are increasingly feeling the need to incorporate recycling of key EV components. In battery-electric vehicles (BEVs), valuable materials in batteries, which aren’t totally depleted, still exist and they can be recycled.

Currently, the number of EVs to recycle is not large in number, as the new wave of EVs started only around a decade ago, but it will definitely increase and various companies are preparing for it. Tesla’s Gigafactory Shanghai is one of the largest manufacturing facilities in the world, and the reported addition of the recycling facility to the project will make it even bigger. The new facility will recycle battery cells and electric motors.

In 2019, the Palo Alto, California-based manufacturer had announced that it would develop a “unique” battery recycling system to process battery manufacturing scrap as well as end-of-life batteries.

Announcing the new system, the EV giant added, “Through this system, the recovery of crimical minerals such as lithium and cobalt will be maximized along with the recovery of all metals used in the battery cell, such as copper, aluminum, and steel. All of these materials will be recovered in forms optimized for new battery material production.”

China, the world's largest biggest car market, sold more than 1.3 million battery-electric and plug-in hybrid cars during 2020. Thus, Chinese authorities are introducing new rules on recycling of key components of EVs to save materials as well as protect the environment.

Tesla isn’t the only entity that is working on recycling of battery modules and cells. A number of other automakers, including Hyundai, Renault and BMW, are also working on plans to use old battery packs in energy storage systems. Many companies are also working to find new and innovative ways to recover critical minerals from used battery cells in the process of recycling. For instance, JB Straubel, cofounder and former CTO of Tesla Motors, has established a material recycling startup to recycle battery cell scraps at the EV giant’s Gigafactory Nevada.