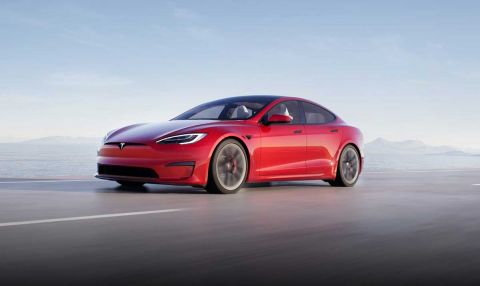 Sharing its safety report for the first quarter of 2021, American electric vehicle (EV) giant Tesla Motors has claimed that its cars with Autopilot have ten times (10x) lower chance of accident than an average car. Tesla Autopilot is a suite of advanced driver-assistance system that aims to eventually make the vehicles autonomous (self-driving). The innovative software features automatic capabilities like automatic lane centering, automatic lane changes, traffic-aware cruise control, self-parking, semi-autonomous navigation on limited access freeways, as well as the ability to summon the car from a parking spot or garage.

Tesla CEO Elon Musk has now released the company’s safety report for the first quarter (period from 1st of January to 31st of March) of 2021, which claims that merely one accident was registered for every 4.19 million miles of distance covered by drivers using Autopilot software.

In a newly-released statement, Mr. Musk said, “In the first quarter, we registered one accident for every 4.19 million miles driven in which drivers had Autopilot engaged. By comparison, NHTSA’s most recent data shows that in the United States there is an automobile crash every 484,000 miles.”

The stats clearly show that Tesla’s self-driving software Autopilot is much safer than human drivers, which could go a long way to add to safety on the increasingly crowded roads.

According to Musk’s claims, Driving with Autopilot engaged offers close to 10 times lower chance of suffering an accident than in an average car.

While Musk was quick to compare his company’s data with the average mileage between accidents for the overall vehicle fleet in the United States, some critics argued that it was not the right way to make the comparison. Challenging Musk’s claims, they pointed out that Tesla vehicles equipped with Autopilot (version 1.0 to 3.0) are mostly being used on highways, while the accident data involving average vehicles is based on NHTSA’s overall crash data on all types of roads in the United States.

Nevertheless, Tesla’s effort to show that its Autopilot software-based Full Self-Driving (FSD) package can be far safer than human drivers is really praiseworthy.