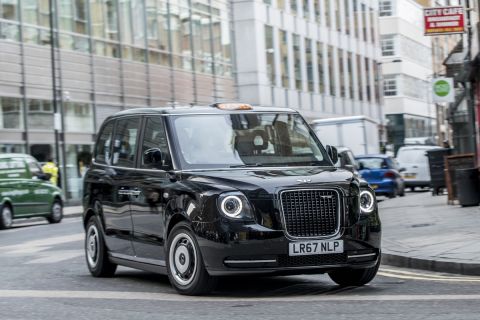 In a recent announcement, London taxi company Sherbet has said that it has purchased 125 units of new fully-electric taxis for expanding its fleet. The purchase underscores an investment of more than £7 million.

According to the announcement, the new electric taxis have been procured by Sherbet from the London Electric Vehicle Company (LEVC) which manufactures black -- and also faun -- electric taxis completely in Britain. The taxis produced by LEVC are operational all across Europe. LEVC is owned by Chinese Geely Group.

Sherbet has revealed that, out of the 125 black electric taxis purchased from LEVC, it has already received the delivery of the first 50 units this month. The remaining 75 units will also be delivered to Sherbet in the near future.

The LEVC electric taxis procured by Sherbet are feature-loaded taxis, both from the passenger and driver perspective. The taxis are 6-seater vehicles, with a huge panoramic roof, USB charging capabilities, and Wi-Fi connectivity.

Highlighting that LEVC has thus far manufactured “over 2,500 TX electric taxis, with 2,000 operating in London,” LEVC Chief Executive Officer Joerg Hofmann said: “We are pleased that such an innovative and forward-thinking company like Sherbet London have decided to partner with LEVC and add more electric taxis to their rapidly growing fleet.”