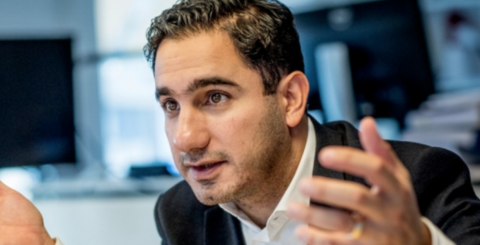 Swedish government is paving way for B2B gaming software licensing, which should become a reality sooner than later. However, online gaming operators will have to pay significantly higher license fee.

In January this year, the government of Sweden proposed licensing B2B suppliers. The new rules would make it compulsory for suppliers offering their services to local operators to have a license for gaming software.

Ardalan Schekarabi, the Swedish government’s Minister for Social Security, has now confirmed that the proposed new rules would increase the application fee for supplier licenses to SEK 120,000 (roughly US$12,036). To stay n the Swedish market, online operators could also be asked to pay more – SEK 300,000 (US$30,090).

The current fee for renewing a license for online gambling and commercial betting doesn’t include the actual costs incurred by the gaming regulator (Spelinspektionen). The processing steps for renewal of an application will remain the same.

It may be noted here that Schekarabi is member of the team that is working to help the government in crafting measures to boost revenue from the gaming space. The minister believes that the initiative will help clean up the gaming industry as well as eliminate doubtful software providers, ensuring better protection of gamers amid ever expanding gaming activities and ever increasing number of patrons in the country.

In a newly released statement, Schekarabi added, “All checks must be carried out again in the event of a license renewal. In addition, the gaming companies’ organization and staff are seldom the same as at the previous application, which means that Spelinspektionen must test whether the new people and the organization meet the set requirements.”

To begin with, the government has plans to launch nearly 70 software licenses. However, it has also stated that the execution of the licenses, along with the associated fees, shouldn’t have a big effect on competition in the field. The proposed rules will likely not have any other significant effect on the license holder or his/her working conditions or competitiveness. But, some additional regulations can also be issued by the gaming regulator.