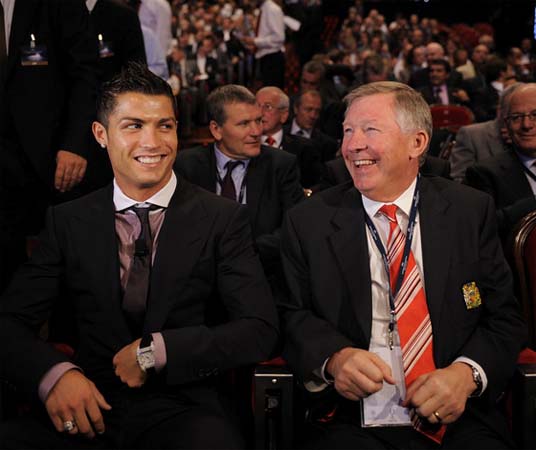 London, Apr 12 : Manchester United boss Sir Alex Ferguson has issued a stark warning to his ace striker Cristiano Ronaldo, asking him to stop sulking and start playing for the team.

Ferguson is concerned that his star winger's temperament is having a negative effect on recent performances, News of the World reported.

Twice in their last two games, the Portugal international has frittered away possession leading to goals for Aston Villa and Porto. And his manager reckons Ronaldo must cut out the petulance and accept he has a duty to play for the team.

"No, I don''t accept that he will give goals away because of the player he is. I speak to him about it. I don't accept that from anyone. In European football, in particular, you give the ball away and it takes a long time to get it back. It has always been a big part of our strategy and philosophy in Europe - keeping possession of the ball," Ferguson said.

"It's just a frustration that he feels that he doesn't get the decision and he gets upset about it. I think obviously he doesn't enjoy that and he knows he's letting himself down more than anything," Ferguson said. (ANI)