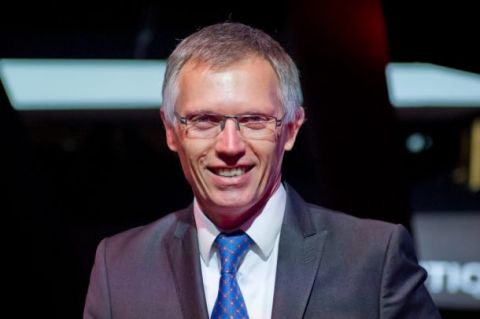 Stellantis, a multinational automotive manufacturer formed by the 2021 merger of Fiat Chrysler Automobiles (FCA) and the PSA Group, has announced that it will no longer need to buy carbon (CO2) credits from Tesla Motors.

Tesla is pocketing a huge profit from the sale of its popular EVs like the Model 3 e-sedan. Even, the EV pioneer’s quarterly reports have shown that the CO2 credits sold to FCA were significant to its proceeds. However, things have changed since the Italian-American FCA’s merger with the French PSA Group to Stellantis.

Carlos Tavares, chief executive of Stellantis, declared on 4th May that his company would not buy CO2 credits anymore because the merger has enabled it to achieve all CO2 goals in the European Union (EU) on its own.

Tavares made the announcement during an interview with the French newspaper Le Point. He stressed that Stellantis was in a position to achieve all CO2 goals as early as this year. Thus, it would not have to pool with Tesla or any other carmaker to be compliant with the EU’s environmental regulations.

Speaking on the topic, Tavares said, “With the electrical technology that PSA brought to Stellantis, we will autonomously meet carbon dioxide emission regulations as early as this year. Thus, we will not need to call on European CO2 credits and FCA will no longer have to pool with Tesla or anyone.”

The top executive’s announcement is obviously discouraging development for Tesla, which has earned a lot of money from CO2 credit buyers like FCA. According to available information, FCA spent nearly $2.4 billion to buy CO2 credits from Tesla during 2019 and 2020. As per Tesla’s quarterly reports, it pocketed $2.365 billion in the same period by selling regulatory credits.

Summarizing all the positive GAAP (generally accepted accounting principles) income results from the third quarter of 2019 up to the first quarter of 2021, the Palo Alto, California-headquartered EV pioneer made $1.407 billion. It means, the EV giant consumed $1 billion of those CO2 credits to cover expenses with the business. This is why some analysts pointed out that Tesla continues to lose money in the business of producing and selling EVs.

However, Tesla still has more than a few ways to remain profitable based on carbon credit it has accumulated. It can sell its spare CO2 credits to other automakers as the demand for CO2 credits is expected to increase in the coming years; or it has the option to focus on profitable cars and cut the investments in non-profitable businesses.