Sports betting in India must be legal: two evident reasons for legalization 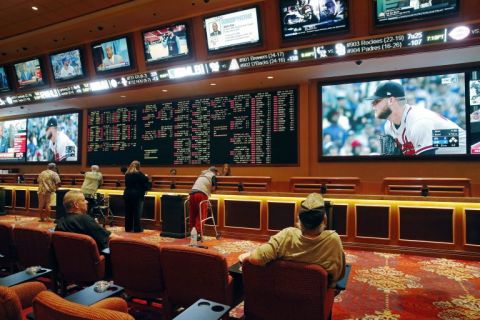 For a long period of time Indian Government as well as most States legislators cannot make a final decision on a question of sports betting legalization. Sikkim is the only exception on the beginning of 2020 year. This State authority has passed the law in the end of 2019. Moreover, horse racing betting is allowed all around the country. Regarding the legalization of other sports and eSports, the question is still open. The report of the Law Commission that was passed to the Supreme Court in last July is still pending.

There are two main reasons for Top betting sites legalization. They are struggle against corruption and additional profit for national treasury. Many countries have already proven the effectiveness of such legalization. Moreover, Sikkim example shows that it is the best decision for India. However, the Supreme Court has not accepted the report yet. As a result, new cases of match-fixing in TNPL (Tamil Nadu Premier League) appeared in the beginning of a new season. These scandals further reinforced the need for speedy decision-making. The public expects speedy legalization, and we will examine both reasons in detail.

It's not a secret to anybody that illegal bookmakers provide their services in spite of any restrictions. As a rule, such sources (websites, offline bookies) belong to representatives of criminal gangs. Often there are cases when these bookmakers have a direct impact on the results of matches. Moreover, they apply both bureaucratic methods and force pressure. Most often, such situations occur in IPLand regional cricket leagues. That is because this is #1 sport in India, and it is the most popular one among Indian bettors.
Such contractual matches spoil the reputation of teams and championships in general. Moreover, there were recorded cases of threats to the health and life of players, as well as their relatives. The practice of other countries and India shows that the detection of such crimes is not more than 10-15%. This means that the vast majority of contractual results remains hidden from the public and continues to profit illegal bookmakers.

The next important reason for sports betting legalization is a huge profit for Indian National Treasury. Now the situation is following: illegal bookmakers get «black» money. The amounts received are used exclusively for personal enrichment and, in part, go to bribes to officials. Any Indian rupee falls into the treasury. Moreover, most of such bookies are owned by foreigners. So, this money leaves the country thereby undermining its financial stability.

What will the legalization of sports betting change? The answer is quite simple. Official bookmakers will pay taxes, and replenish the state treasury. Besides, the legal status will oblige them to adhere to the law. Having license, such betting operators will follow rules in purpose to maintain a good reputation. As for violators, they will simply leave the local market, as they will not be able to compete with legal bookies. So, legalization will show positive effect only. Both bettors and honest bookmakers are waiting for the Government decision. Let's believe that it will be adopted by the Supreme Court as soon as possible.