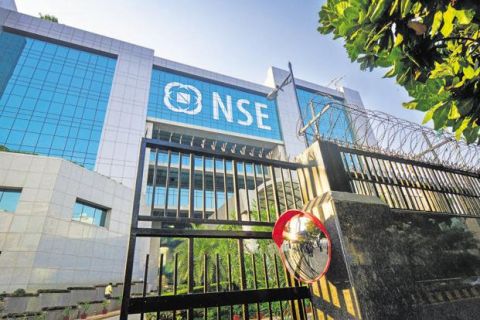 Weaker than expected economic growth in India, is creating a backdrop where the nifty 50 continues to hit fresh all-time highs. Growth in the worlds second largest country by population, declined to a fresh 6-year low, which will likely drive the government toward additional stimulus programs. The expectation of potentially lower interest rates in conjunction with programs that will stimulate growth have been driving the Nifty 50 to fresh highs.

India’s economic growth in the Q3 grew at a rate of 4.5%, which is a 6-year lowdriven by declines in the Manufacturing Sector. This figure was in line with expectations. Manufacturing Output according to the Ministry of Statistics declined by 1% in the quarter compared to a 6.9% during the same period in 2018. Q3 growth compared to a 5% increase in GDP year over year in the Q2 of 2018. India was the world’s fastest-growing economy but the acceleration in quarterly growth rates began to decelerate after experiencing quarterly growth rates of as high of 9.4% in 2016.

The Modi government is attempting to stimulate the Indian economy using fiscal stimulus having left most of the burden to the central bank ahead of 2019. In recent month the Indian government has reduced corporate taxes in an effort to buoy corporate growth. One of the issues is that many Indian consumers do not have exposure to the stock market. This leaves an entire middle class that is not benefiting from the corporate tax cut. The Modi government also set up special real-estate funds and merged banks, and this helped to buoy stocks to fresh highs.

Prior to the recent influx of fiscal stimulus, the Indian government left most of the heaving lifting up to the Reserve Bank of India. When it became clear that growth was stagnating, the Modi government jumped into action ahead of the most recent elections.

The Reserve Bank of India reduced short term interest rates by 135 basis points in 2019 which is the lowest since 2009. The market still expects more easing of interest rates in 2019, and more to come in 2020. The central bank is expected to reduce rates when the bank next meets in early December.

The decline in interest rates in tandem with economic growth is weighing on the Rupee and buoying share trading. Stock prices have hit fresh all-time highs, while Indian interest rates decline. With the Reserve Bank of India expected to continue to drop rates in 2020, this scenario is likely to continue. The interest rate differential between Indian short-term rates and US/European short rates will continue to depress the Rupee. This should be positive for Indian exports and could help buoy economic growth.

Indian shares are experiencing a sentiment sweet spot as decelerating growth is met with lower interest rates and fiscal stimulus. While this is likely to weigh on the Rupee, the Nifty Fifty should continue to reach for free highs.