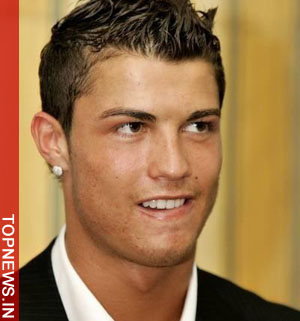 Ronaldo revealed that he did not know what is Coronation Street until he was told that the Brit population is absolutely obsessed with it.

Thus, he has vowed to watch it in a bid to know what is so dazing about it.

"People told me it's a big thing here. I think Manchester United is the biggest thing in Manchester and then after that it is Coronation Street," Ronaldo added.

Ronaldo gushed that watching the show would make him a complete Manchester citizen.

"If I do, maybe it will make me a real Manchester citizen. I will have to ask Wayne Rooney if he watches it, although I don't think he will admit it because it is a show mainly for women, right?" Ronaldo said. (ANI)