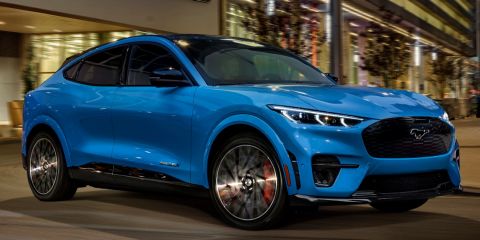 The year 2021 has marked the launch of a number of electric vehicles (EVs), and the lineup is expected to continue to grow for the rest of the year as many new EV projects are in the pipeline. Let’s have a quick look at some of the best EV releases this year….

Audi e-tron GT electric car: this all-electric sports saloon comes equipped with a 90kWh battery that offers a range of 250 miles (400 km) on a single charge. As per Audi’s claims, it has 582 horsepower and automatic transmission. It is expected to pose a tough competition for the likes of Porsche Taycan 4S.

BMW iX3 electric SUV: having an eye-catching design with unique blue accents both inside and outside, the MBW iX3 follows on from the BMW i3 and i8 electric and plug-in hybrid models. It comes with an 80kWh battery that offers a real-world range of 225 miles per single charge.

BMW is also working on an i4 electric car, which will reportedly offer even a longer range of 275 miles, though it will also sport an 80kWh battery pack. The German automaker has also promised that an updated i4 model will offer a range of up to 370 miles on single charge, which will be perfect for business users who need to travel long distances daily.

Ford Mustang Mach-E: Produced by American auto giant Ford, this five-door electric crossover SUV is one of the best EV launches this year. it comes equipped with a 75kWh battery, which is powerful enough to move the vehicles up to 215 miles on single charge.

Hyundai IONIQ 5: This EV is the first vehicle to be launched under the company’s new electric-only brand called IONIQ. It boasts to have 72kWh battery pack, a real-world range of 255 miles, an innovative platform called Hyundai Electric-Global Modular Platform (E-GMP), and a roomy customizable interior. As per the company’s claims, it will be built using only environment-friendly materials.

Mazda MX-30: equipped with a 35-kWh battery, this EV offers a moderate range of 105 miles per charge. Still, it is a key 2021 EV release as it is going to be the Japanese automaker’s first fully-electric production car.