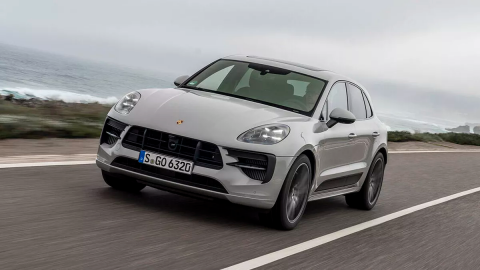 German automotive manufacturer Volkswagen AG has announced that its best-selling compact luxury crossover SUV, the Porsche Macan, is going fully electric. Introduced in 2014, the Porsche Macan is one of the bestselling cars. Last year, the German automaker sold 99,944 units of it as opposed to 92,055 units of the Cayenne. The success of the compact luxury SUV can be attributed to its low price. It is the lowest price luxury SUV in Porsche’s lineup.

The success of all-electric Porsche Taycan as well as the European Union’s (EU’s) war on carbon dioxide (CO2) perhaps prompted the German automaker to introduce an all-electric variant of the Macan.

According to the manufacturer, half of all of its vehicles would likely have an electric drive system by the year of 2025. It would help the company cope with the EU’s ongoing changes to deal with the harmful increase in carbon emissions caused by use of fossil fuels.

Local media reported, “Moving forward, a purely electrically powered vehicle will be the new standard for the Macan. Expected to roll out as a 2022 model, the second generation will be underpinned by the Premium Platform Electric co-developed with Audi.”

The company was recently seen testing an electric version of the Macan. Headlights on the vehicle were rectangular and fairly short. The front bumper seemed to have less grille area than that of the existing Macan. It makes sense as the new model is all-electric. The prototype seemed to have a fastback shape suggesting the new Porsche Macan will feature a coupe body style. There will be a pop-up spoiler at the very end of the vehicle, and capping off the rear will be slimmer taillights. Tailpipes will appear, but they will be only certainly decoys.

A new electric platform called PPE (Premium Platform Electric) is to be used on future Porsche and Audi models, but the Porsche Macan will likely be the first to use it. The first models with PPE will reportedly have high-performance Turbo and Turbo S trims, which may offer output of more than 700 horsepower. The electric Porsche Macan, which will reportedly feature standard all-wheel drive courtesy of dual electric motors, is expected to be officially revealed sometime next year. The current non-electric model will be sold alongside the all-electric model for a few years for those who are not ready to switch over to the all-electric variant.