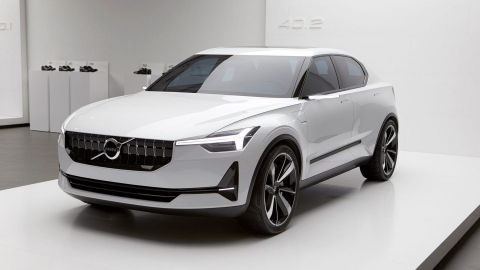 In a recent announcement, Polestar -- the electric car subsidiary of Volvo and Geely -- has revealed the final list prices for its Polestar 2 electric car in the European markets where the vehicle will be launched.

The Polestar 2 is the first all-electric model to be launched by Polestar. The vehicle is based on Volvo’s CMA platform, and is being pitched as a potential Tesla Model 3 competitor. The vehicle is already available for online pre-orders. The scheduled timeline for the commencement of Polestar 2 production is early 2020. The deliveries of the vehicle are expected to begin by June 2020.

According to the Polestar 2 pricing published by Polestar, the cost of the base model of the all-electric vehicle will be 49,900 GBP in the UK.

Besides the launch of the Polestar 2 in European countries, Polestar is also planning to launch the all-electric vehicle in North America and China. The guided price of the vehicle in the US is $63,000 (approximately 57,300 Euros), while the guided price in China is 460,000 yuan (nearly 58,600 Euros).