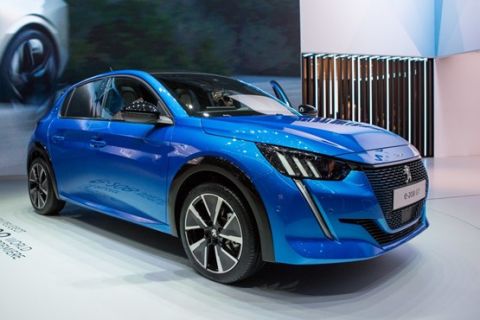 According to an Automotive News Europe report, Peugeot is witnessing an unexpectedly strong demand for the electric version of its new 208 small car.

Sharing details about the robust demand for the e-208 model, Peugeot brand manager Jean-Philippe Imparato has said that the e-208 pre-orders presently account for nearly 25% of the overall pre-orders for the new 208, as against the projected 10%.

The e-208 is the electric variant of the new 208 model which was officially announced by Peugeot in February 2019. The details of the e-208 were revealed by Peugeot in March, at the Geneva Motor Show. The automaker said that the e-208 will be equipped with a 50 kWh battery, and will have 100 kW output. The electric vehicle’s driving range will be 340 km (WLTP), and its 0-100 km/h acceleration time in sports mode will be 8.1 seconds. The vehicle’s charging power will be 11 kW (AC) or 80 kW (DC).

The e-208 pre-orders in the UK were opened by Peugeot in April, while the pre-orders of the electric vehicle in Germany were opened in June. Peugeot is planning to commence the e-208 deliveries by end-2019.