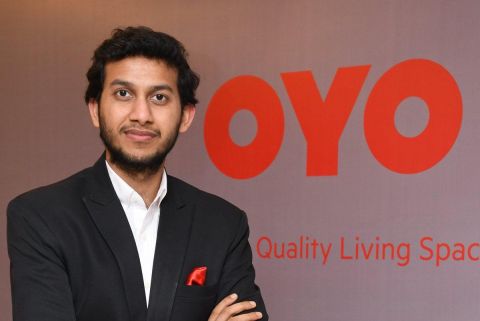 OYO Rooms has announced today that the company will put some of its workforce on unpaid leave for four months from May 4. OYO has been the poster child for Indian startups after the founder Ritesh Agarwal announced stock buyback at very high valuations. OYO witnessed sharp growth in the hotels in its network but this growth came at expense of massive money spent by the company on advertising and paying its partners.

OYO has been backed by SoftBank and everyone knows that SoftBank suffered a massive blow to its reputation after WeWork IPO plans backfired. The massive money that comes with SoftBank backing, is the hot topic for talk among VC circles. Other venture capitalists are concerned about really high valuations offered by SoftBank for some not very amazing ideas and founders not having extensive experience.

OYO founder Ritesh Agarwal could be one of those entrepreneurs that are too ambitious and try to move too quickly in gaining market share. OYO definitely gained market share in low and budget rooms segment but the company made deals with those hotels by offering them fixed payouts. Hotel owners in OYO network get paid even if they don’t have occupancy.

However, we should understand that tough times are the best way to check competence and intelligence of company founders. If OYO manages to come out of COVID-19 crisis, it can be considered as a game-changer in the budget and cheap hotels segment.

OYO had earlier indicated that it would rework the deals with hotels in its network as the company won’t be able to pay out as the business is going through a bad phase. In a recent statement, OYO India CEO Rohit Kapoor said, “Today, our company is taking a difficult but necessary step for India by asking all OYOprenuers to accept a reduction of 25 percent in their fixed compensation. This will be applicable for April-July 2020.”

As per market sources, occupancy for OYO rooms have reduced from 70 percent to less than 10 percent amid lockdowns. Indian government extended lockdowns as it fights back COVID-19.

OYO still has a lot of cash to burn and we will see how the company manages its finances. SoftBank has informed OYO recently that it won’t be bailed out and it needs to clean up its balance sheet. If a company offers value to its consumer, it need not offer massive discounts.