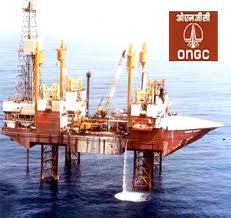 Oil & Natural Gas Corporation (ONGC) has told the government that it might have to put its deep-sea gas production plans on hold till gas prices are increased to nearly $13 per unit.

The state-run oil & gas giant said production from some of its deep-sea fields would not be viable at prices lower than $13 a unit. The company has asked for prices of $10.72 to $12.63 for gas to be produced from two blocks in the Mahanadi basin.

Seeking drastic increase in gas prices, sources said, "The Company may have to put its plan to develop these discoveries on hold till gas prices are raised between $11 and $13 per unit."

Officials from the Directorate General of Hydrocarbons have confirmed that the state-run energy giant has sought increase in gas prices. They said the company sought higher prices because the project can give an internal rate of return of 14 per cent only at higher prices.

The increase in prices sought by ONGC far more than the controversial price of around $8.4 per unit that RIL has been allowed to charge for the gas it produces from the d KG-D6 block. The private-sector company would have started charging the new price from April 1 if election authorities hadn't vetoed it. Currently, the companies are selling gas at $4.2 per unit.