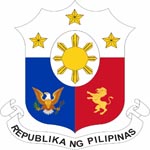 Cotabato City, Philippines  - One soldier was killed and two were injured in a clash with Muslim secessionist rebels in the southern Philippines Tuesday, a regional army spokesman said.

Nearly 300 people were killed in the attack and subsequent fighting, while more than 500,000 civilians were displaced by the violence.