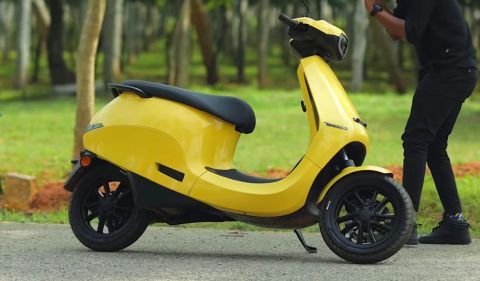 Indian electric vehicle (EV) startup Ola Electric has announced that it has significantly ramped up production of its smart electric scooters to meet soaring demand. The Bangalore-headquartered company also declared that a new payment window will soon be opened to enable completion of more orders of its Ola S1 and S1 Pro smart electric two-wheelers.

It is quite interesting to note here that Ola continues to enjoy growth in demand for its electric scooters, despite running into initial delays and complaints about its products. The Ola S1 and S1 Pro managed to make waves in the electric two-wheeler industry due to their blend of high performance and low prices.

The e-scooters are being produced in a massive manufacturing facility known as the Ola Futurefactory—an entirely female-run factory that is capable of producing 2 million e-scooters per year, or roughly 5,500 per day. The company is now planning to expand the production capacity to 10 million units per year.

As production is now ramping up, Ola has decided to open a new window for payments. Reservation holders who have deposited INR20K (approximately US$260) will be able to make a final payment from 21st of January. Deliveries will likely occur over January and February.

The tech specs of the Ola S1 and S1 Pro, considering its pocket-friendly price, are quite impressive. Equipped with an 8.5kW (11.4 horsepower) electric motor and a large 4kWh battery, the flagship S1 Pro offers a riding range of up to 181 km per cent and a top speed of 70 mph (approximately 115 km/h).

The slightly lower spec Ola S1 e-scooter comes equipped with a 3kWh battery, which store enough power to deliver a riding range of 121 km (75 miles) per full charge. Maximum speed of this e-scooter has been pegged at 56 mph (approximately 90 km/h).

Both e-scooters continue to sell like hot cakes, but even the pocket-friendly prices of the two models are unaffordable for many potential customers in India. The startup is thus, reportedly, mulling plans to produce even lower-cost electric two-wheelers in the future.