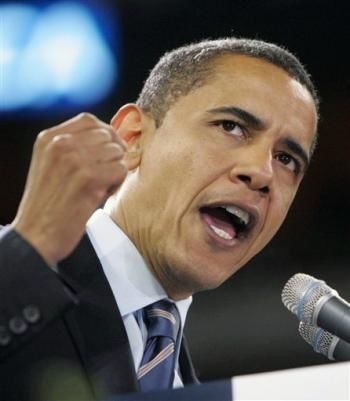 Washington, Apr. 30 : The ‘existential threat’ that Pakistan is facing currently from the ever advancing Taliban has US President Barack Obama seriously worried.

Talking to media persons at a prime-time news conference on the occasion of completing 100 days in office, Obama said he is “gravely concerned” about the stability of the Pakistani government.

Obama termed the Zardari regime in Pakistan as “very fragile”.

“I am more concerned that the civilian government right now is very fragile and don’t seem to have the capacity to deliver basic services, like health care and the rule of law. As a consequence, it’s very difficult for them to gain the support and loyalty of their people,” the New York Times quoted Obama, as saying.

Issues relating to Pakistan have been giving a headache to the US President, and the recently the White House also accepted that it was taking ‘a lot’ of President Obama’s time.

“I will do whatever is required to keep the American people safe, but I am convinced that the best way to do that is to make sure we’re not taking shortcuts that undermine who we are,” he said.

Obama pledged to the people of the country that he would make America a safer and better place in future.

“I know you sent me to Washington because you believed in the promise of a better day, and I don’t want to let you down,” he added. (ANI)