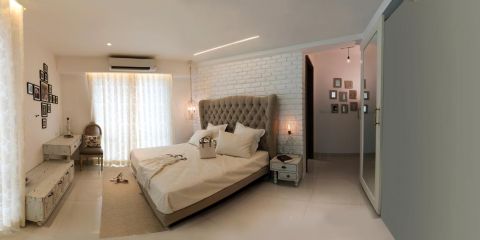 North Chennai is an interesting location, waiting to pick up but there are a few factors which could boost growth in this region. As with any other real estate development, this region needs better infrastructure, renewed builder interest and connectivity. A review of North Chennai Real Estate market by ANAROCK Property Consultants follows....

North Chennai has been a prominent location since the 16th century due to its proximity to Chennai port. For many decades, the economy of this region revolved around port-related businesses such as fishing, transportation, and logistics. As the city evolved, the economic profile of this region has also developed.

In comparison to the southern and western parts of the city, North Chennai’s real estate market has been relatively stagnant due to the absence of major demand drivers. The underdeveloped infrastructure failed to attract a variety of industries. However, the state government has planned many projects to improve the region’s connectivity with West and South Chennai. As and when these infrastructure initiatives are completed, North Chennai’s economic and real estate profile is also expected to improve.

North Chennai’s economy is mostly driven by industrial and port-related activities. The region boasts of two major ports- Chennai port and Ennore port and a private port in the vicinity, Adani Kattupalli port.