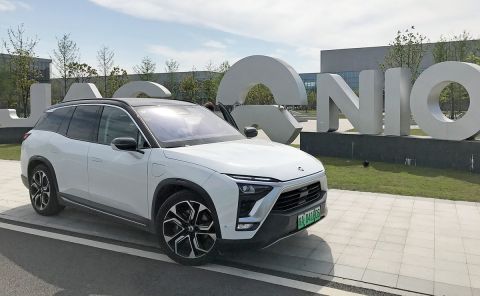 China-based multinational automobile manufacturer NIO has announced that sales of its electric vehicles (EVs) grew more than 95 per cent year-over-year (y-o-y) to settle at 6,711 units in May 2021. According to the aforementioned stats, NIO’s EV sales nearly doubled during last month as compared with the corresponding month of 2020. But, it is worth-noting here that the company's vehicle delivery was low in May last year due to the impact of deadly COVID-19 pandemic. Thus, it was not very surprising to note a y-o-y growth in sales in May this year.

It is also important to note here that NIO’s production of EVs remained adversely impacted over the last few weeks due to various reasons, including instability in the supply of semiconductors. The manufacturer produced electric cars at the maximum possible rate of around 7,000 units per month, with the exception of the month of February, for nearly six months.

Commenting on the results, "In May, the company's vehicle delivery was adversely impacted for several days due to the volatility of semiconductor supply and certain logistical adjustments. Based on the current production and delivery plan, the company will be able to accelerate the delivery in June to make up for the delays from May."

In terms of models, the ES6 electric SUV remained the top-selling EV with total sales of 3,017 units, representing a small y-o-y jump of 12 per cent. The coupe version of the EC6 followed with sales of 2,282 units.

The ES8 (7-seat or 6-seat electric SUV) attracted 1,412 buyers during the month of May this year, representing a growth of 88 per cent from the corresponding month of last year. In total, NIO sold 6,711 EV during the month under review.

When it comes to year-to-date (YTD) sales, NIO electric car deliveries grew significantly from the corresponding first five-month period of 2020. Deliveries of the all-electric ES6 SUV jumped to 14,268 units, while the ES6 coupe version and the ES8 delivered 12,154 and 7,451 units, respectively. In total, the company’s YTD deliveries settled at 33,873, representing a y-o-y growth of 225 per cent. Cumulatively, the Shanghai-headquartered manufacturer delivered 109,514 EVs.