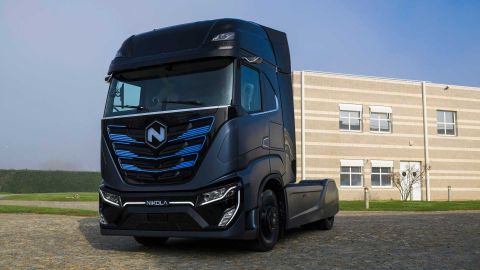 Headquartered in the Phoenix area of the U.S. state of Arizona, Nikola manufactured 50 Tre BEV all-electric commercial trucks at its Coolidge-based production facility during the April to June quarter of this year, and delivered 48 of those units to dealers. Two remaining units were delivered in the first week of July, which will be reported as part of the company’s third quarter (Q3) revenues.

The number of deliveries of the company’s electric trucks during the Q2 period seems to be quite small, but it is better than the previous quarter. The company’s revenue as well as loss in the quarter under review was better than Wall Street analysts’ expectations. While revenue grew to $18.1 million, net loss increased to $173 million, from a loss of slightly more than $143 million in the year-ago three-month period.

At the end of Q2, Nikola had a total of $842 million in liquidity (including $529 million in cash and $313 million in its existing equity line of credit). The figure represents a notable increase from $794 million at the end of Q1 period.

It is also worth-mentioning here that Nikola’s Q2 production came at the low end of its guidance range of between 50 and 60 deliveries. Nikola Chief Financial Officer (CFO) Kim Brady said in a statement that the main reason for the deliveries coming in at the low end of the company’s guidance range was caused by two weeks of production losses related to delays in deliveries of battery packs from Romeo Power.

Nikola is in the process of increasing its production capacity. By November, it aims to produce at least five electric trucks per shift at its Arizona factory. The testing of prototypes of the company’s upcoming hydrogen fuel-cell truck with fleet clients Anheuser-Busch and TTSI is also expected to start soon.

When asked for a comment, CFO Brady said, “Our momentum continued during the second quarter as we began delivering production vehicles to dealers and recognizing revenue from the sale of our Nikola Tre BEVs. We are committed to executing on our second half milestones.”

The top financial officer also expressed hope that Nikola will successfully achieve its target of delivering 300 to 500 Tre BEV semi trucks in 2022.