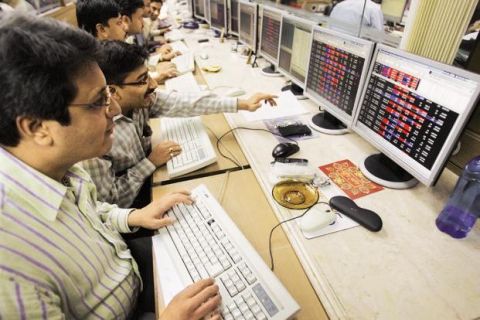 Indians markets have been trading lower for the last few sessions as global markets have been sending mixed signals. While majority investors are holding on to their stocks, selling pressure has been witnessed at higher levels.

Nifty is down for the third consecutive day amid negative global cues. Though domestic cues had rumors of cut in Corporate Tax cut to 25% and scrapping of surcharge on tax payments but the sentiments were largely bearish.

Derivatives data suggested there was heavy writing seen at 11100 - 11000 while Nifty also breached important trendline support forming from recent lows of 10800. Nifty is also taking resistance from its 20 days MA which is placed at 11065. For Nifty to reverse, it is important to breach 20 days MA and sustain above it since it is a very important short term moving average for trend identification.

Nifty is already poised with negative sentiments as the latest quarterly numbers were not that good with most Nifty 50 companies missing the estimates. The rate cuts have not been able to rejoice as well since the market is concerned about a slowdown that is shadowing over global markets.