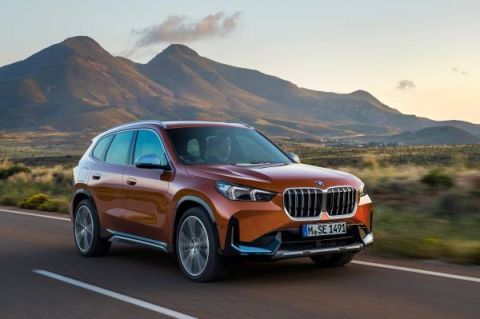 Luxury car brand BMW’s recently revealed compact electric SUV, called the iX1 xDrive 30, promises a perfect blend of robust features, comfy rides and impressive range. The iX1 xDrive 30 is actually the battery-powered version of the brand new, third-generation BMW X1 small SUV. The electric version comes equipped with a couple of electric motors that are capable of delivering up to 313 horsepower (hp) and 364 pound-feet (494 Nm) of torque. The range of the EV has been reported at 257 to 272 miles (413 - 438 km) per single charge.

In shape, the BMW iX1 xDrive 30 is tall and boxy, but it is astonishingly aerodynamic. According to the manufacturer’s claims, the EV has a drag coefficient of 0.26 cd.

Equipped with the aforementioned powerful motors, the X1 xDrive 30 SUV can accelerate from zero to 100 km/h (roughly 62 mph) in just 5.7 seconds, and its top speed has been pegged at 112 mph (roughly 180 km/h). While the manufacturer hasn’t revealed exact battery capacity of the EV, we can easily assume that it should be around the 70 kWh mark.

The all-electric compact SUV will also support charging of up to 130kW, which is enough to give a 10-80 per cent charge in less than 30 minutes or 120km range in merely 10 minutes. To replenish the battery pack fully, the standard 11kW AC charger takes 6.5 hours. In addition, buyers will be provided with the option to upgrade to an 11kW on-board unit which will cut charging time down from 6.5 hours to roughly 3.5 hours.

When it comes to design, the new BMW iX1 xDrive 30 features the brand’s most up-to-date design language. Its headlights swoop around the corners of the front fascia, while it looks quite upright from the side. At the rear, there are very bold blade-style light clusters that add to the beauty of the EV.

Pricing information will be revealed at a later date; most probably near the end of 2022, when it will enter production.