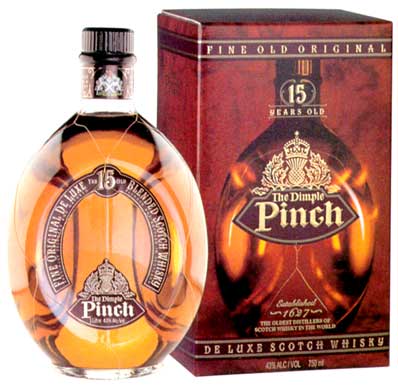 London, Dec 31: The sales of Scotch such as "Glen Highland Green" and "Red Scot" in countries like India and China might receive a blow, as the Westminster Government has come up with detailed legislative proposals to give geographical definitions to protect its Scotch whisky industry from counterfeiting.

The government has decided to give Scotch whisky Champagne-style geographical definitions to protect the 2.5 billion-dollar industry against counterfeiting.

The move is aimed at boosting the fight against second-rate and fake products.

Lord Jeff Rooker, the minister for Sustainable Food and Farming, said that the new regulations would enhance the protection of Scotch as a prestigious and world-renowned product.

The Department of Environment, Food and Rural Affairs will be spending around three months consulting on the details of the draft legislation.

The new law is expected to take effect in the summer next year.

"This will help meet the industry's request to protect Scotch whisky here and in global markets from counterfeit products and misleading practices. The proposed legislation will make special provisions relating to Scotch whisky and more tightly define the descriptions applied to it – for example "single malt" or "blended grain,” the Scotsman quoted Lord Rooker, as saying.

With these provisions Scotch whisky's geographical provenance, such as Highland or Islay, will also be tightly defined ensuring that if the product uses the name of a distillery, then it must also come from that distillery.

"Not only is Scotch whisky one of our most iconic products, it is also economically hugely significant with exports worth £2.5billion each year. This is why the UK government acted when approached by the industry. Scotch whisky, and, in particular, single-malt Scotch whisky, will be defined by law in Scotland, the UK, the EU and nearly every export market,”said Scotland Secretary Des Browne.

Around 70 court cases could be fought by The Scotch Whisky Association (SWA) around the world at any one time against overseas manufacturers who use tartan designs or pictures of pipers on their packaging, or who give their whisky Scottish names.