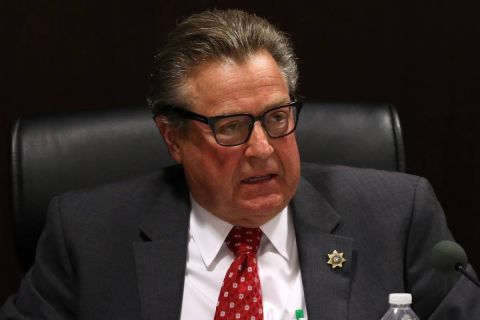 As the Nevada Gaming Commission is facing some really serious concerns in wake of COVID-19 pandemic, Governor Steve Sisolak (D) has made two important additions to the regulatory body.

After serving the Nevada Gaming Commission as acting chairman for several months, John T. Moran Jr. has finally been named the permanent chairman of the regulatory body; while Ogonna Brown, a partner at the L.V. office of Lewis Roca Rothgerber Christie, has been appointed as the fifth member of the commission.

Distinguished Fellow Anthony Cabot from Boyd Law School of UNLV praised Gov. Steve Sisolak’s picks, saying the Democratic governor has made ‘excellent appointments’ to the state’s gaming board as well as the gaming commission. The appointment of Moran as the permanent chairman of the commission is expected to be very beneficial for the regulatory body as he has profound institutional knowledge.

Commenting on the new appointments, Cabot said, “Gov. Sisolak has made excellent appointments to both the Gaming Board and Gaming Commission. Commissioner Moran brings a great deal of institutional knowledge to the Commission chairmanship.”

Moran, who graduated from Loyola University’s School of Law, hit headlines in May when the Nevada Gaming Commission was the first to approve and update casino reopening policies following months of closures forced by the COVID-19 pandemic. Before being promoted to the chairmanship, he had been serving the commission as acting chair since April, when former chair Dr. Tony Alamo stepped down from the position to concentrate on his medical practice amid increasing cases of corona virus infections in Nevada.

In wake of the COVID-19 pandemic, the Nevada Gaming Commission is facing some really grave concerns, including regulating the gaming industry’s response to challenges created by the pandemic, encouraging more gamers to shift to online casinos and to create a cashless casino environment.