Mumbai Has The Largest Ever Land Deals! 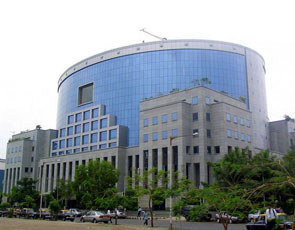 Mumbai: The largest ever land deals in which the Bandra-Kurla Complex were sold for a banging amount of Rs 2,791 crore in Mumbai on Monday. The amount involved in the deals is almost 180% higher than the reserve price set by MMRDA, which auctioned the plots.

The battle of wealth will go on Tuesday, when another prime property in Mumbai suburbs will be auctioned for an expected amount of Rs 700 crore. The Bombay High Court opened the bids for around 178 acres of land, belonging to PAL-Peugeot in the Kalyan-Dombivili area, which has been involved in litigation for about nine years.

The MVPs on Monday were Reliance Industries, Wadhwa Builders and Purnendu Chatterjee’s real estate arm TCG (along with the Hiranandani group), which bid successfully for the 75,350 sq mt BKC land. Around 35 bidders, including leading developers such as DLF, Unitech, Omax, Indiabulls, Akruti Nirman and the Hiranandani group, are in the race to grab the PAL-Peugeot plot.

Wadhwa Builders and the TCG-Hiranandani jointly grabbed two plots earmarked for commercial and office use. RIL won the bid for the third plot, which is reserved for a multi-storied car parking and commercial complex. Seeing the increasing demand for parking space, MMRDA had proposed to allocate one plot to develop a commercial complex and a multi-storeyed parking facility for a minimum of 550 cars.

Anuj Puri, the chairman and country head, Jones Lang LaSalle Meghraj (JLLM), has justified the deal prize in the current scenario. He said, “The MMRDA land deal has created history in Indian real estate. In the current scenario, when the economy is clocking an 8-9% growth and the demand-supply gap favouring the demand side, the business maths works out. It may be sustained for another 18-24 months till the time the two assumptions hold good. But after that, when supply starts coming in, sustainability will be difficult.”

Reliance Industries quoted Rs 3.4 lakh per sq mt for the third plot, the total amount being Rs 941 crore. Each plot had a reserve price of Rs 1.53 lakh per sq m. So the premium is more than 150%. Even though property prices have been ruling high in prime locations in Mumbai and the BKC deal is one of the biggest in the country, how the business maths would work out in each of these cases is a difficult call to take now.

Banks, financial institutions, non-banking financial companies, housing finance agencies, and a couple of other merchant banks, insurance agencies, and an asset management company have responded strongly to the auction. The Bombay High Court will open the bids for around 178 acres of land belonging to PAL-Peugeot in Kalyan-Dombivali area in Thane, on Tuesday.

The sale of the property, plant and machinery of the company — a joint venture between Premier and Peugeot of France — spread across six locations in the district has been ordered by the Bombay High Court. Apart from real estate, the properties include the main factory and godowns at Kalyan village and other structures at Gharindi, Usargar, Sandap, Sagaon and Sonapada.

Rs 30 crore that was to be deposited with the receiver by November 23, has been fixed as the earnest money for bidders by the court. Ontime manufacturer of the Peugeot 309 and the Viceroy 1.38D vehicles in Mumbai, the PAL-Peugeot had defaulted on loan repayment to various banks and financial institutions, and later went into liquidation.