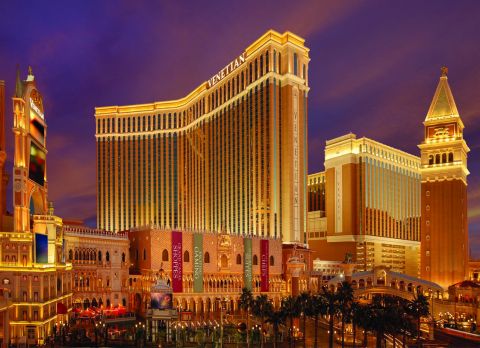 As Las Vegas Sands Corporation is interested in acquisitions, a number of casino operators like Okada Manila, Wynn Resorts and Crown Resorts could become potential targets for the American casino giant, according to a Union Gaming analyst.

John DeCree, a senior analyst at investment bank Union Gaming, predicted the potential acquisition targets in a newly published note to investors. The predicted acquisition targets surfaced around just a few weeks after Las Vegas Sands Corporation CEO Sheldon Adelson announced that they were interested in mergers and acquisition to expand their presence in the gaming, casino and resorts business.

The analyst added that Okada Manila and Crown Resorts could be potential acquisition targets for the Nevada-based casino giant, but Wynn acquisition would makes most sense. The potential acquisition of Okada Manila would allow Las Vegas Sands Corp. to make its presence felt in third largest Asian casino market, after Macau and Singapore. He also noted that while the Philippines’ casino market is not as attractive as that of Las Vegas or Macau, the region surely possesses several of the same supply-driven attributes that made Las Vegas and Macau attractive investment opportunities.

The potential acquisition of Wynn would make most sense as it would make an addition of $1.6 billion in EBITDA and cost synergies for the American casino and resorts giant. It would also give the American company an additional 2,700 hotel rooms in Macau. Wynn caters mainly to the VIP section of guests.

However, the government of the Chinese territory is unlikely to permit a deal that would allow Las Vegas Sands to increase its share in Chinese market from 24 per cent to 40 per cent after the potential merger.

All the casino operators listed by the Union Gaming analyst enjoy a very strong presence in Asia, and it may be noted here that last month Mr. Adelson had openly said that if they found “something good” in Asia, they would certainly make efforts to acquire that.

Mr. Adelson admitted that Asian casino operators, like any other business in the world, are in the clutches of shutdown caused by the notorious coronavirus outbreak, but stressed that Asian casinos would soon be up and active with a few weeks.