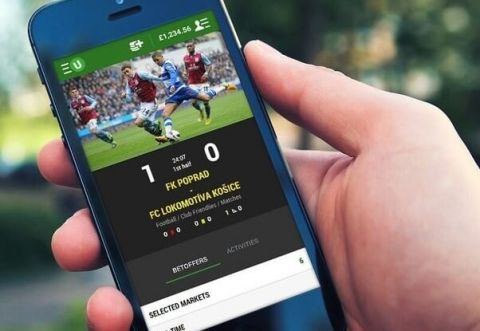 As COVID-19 pandemic kept gaming enthusiasts away from brick-&-mortar sports wagering venues, downloads of mobile sports wagering applications spiked in May this year in spite of restricted offerings on the US sports slate.

Morgan Stanley analyst Thomas Allen also pointed out that DraftKings and FanDuel continued to maintain their dominance in the mobile sports betting app market. The list of key players also includes Fox Bet, MGM and William Hill. Smarkets became available in Colorado and is expected to launch its service in Indiana also sometime later this year.

Major League Baseball (MLB) was postponed, but the gamblers’ keen interest in charity golf matches, NASCAR races, UFC events and global sports like German soccer and Korean baseball led to a big surge in betting app downloads in May. Colorado’s move of legalizing sports betting also contributed to the surge in the jump of downloads of mobile sports betting apps. The Centennial State started offering mobile betting services on May 1st, and booked more than $25.5 million in bets.

However, uncertainty remained in the market as nothing has been revealed to confirm when MLB may finally be able to start its 2020 season. Speaking on the topic, Allen said, “The outlook for MLB resuming is more uncertain due ongoing player-owner negotiations, but the return of MLB and NBA would be the most significant positive catalysts.”

The months of June and July seem to be even more encouraging for mobile betting services as Morgan Stanley has predicted more potency in app download numbers this month as the PGA Tour is all set to return to regular competition on 11th of June. The next month is expected to be even stronger for mobile sports wagering as Formula 1 racing is scheduled to restart on 5th of July, while the NBA and NHL are set follow suit.