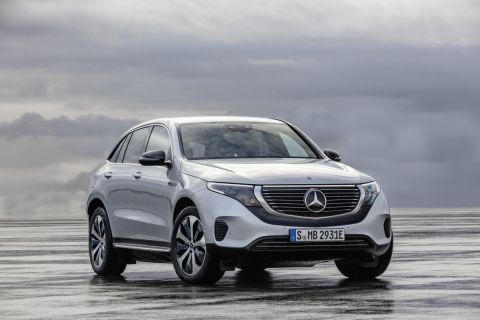 The Mercedes-Benz EQS, the German automobile manufacturer’s upcoming all-electric full-size four-door luxury sedan, will reportedly be devoid of a frunk. The term ‘frunk’ is a portmanteau of front and trunk. In the automotive sectors, this term is used for an enclosed storage compartment located in the front of the vehicle. In conventional vehicles, such storage compartments are located in the vehicle’s rear. Tesla’s all EVs have frunks.

But, some newly published images of the upcoming Mercedes-Benz EQS suggested that it will not have a frunk. However, at this point of time, it remains unclear if the luxury electric sedan will have a hood or not. Some auto experts are of the view that the automaker could have eliminated the frunk as well as the hood completely Due to its amazing drag coefficient of merely 0.20.

If the automaker has really eliminated the frunk and hood completely, it might have found some other way to give access to mechanical components, which would not be a bad thing at all.

Sharing some specs of the EV, the automaker earlier only revealed that the electric drivetrain on the front axle would be found under the hypothetical hood. On the rear axle, the electric drivetrain sits low and doesn’t seem to compromise boot space, which suggests that it will likely have more over the front axle than the automaker has disclosed by now. The space could be used by the manufacturer to place air-conditioning components or a heat pump or both.

While nothing can be said with guarantee about the components under the hood, one thing that can be taken for sure is that the upcoming EV will have no frunk.

If the Mercedes-Benz EQS really comes without a frunk, it will not be the only vehicle to lack the typical EV feature as Volkswagen (VW) has openly declared that its electric cars will not have frunks. Instead, VW EVs will have some components under their hoods that would make it easier to service the vehicle if anything goes wrong under the hood.

The Mercedes-Benz EQS, a part of the widely-popular German auto car brand’s EQ lineup, is scheduled to be officially unveiled later this week, on 15th of April. The luxury car brand has plans to expand the EQ lineup by including ten new models by the end of 2022.