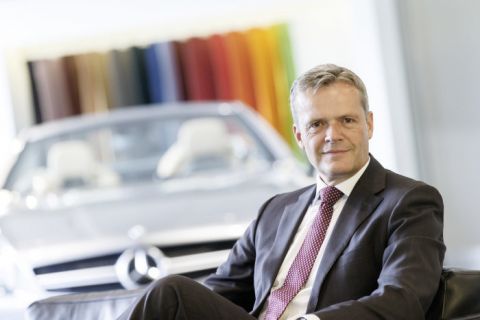 Luxury automaker Mercedes-Benz has confirmed that it will do away with some coupes and convertibles to be able to focus on designing and developing zero-emissions vehicles. Markus Schafer, chief operating officer for the German luxury auto manufacturer, said that the company’s lineup has become too big, and it needs to spend money intelligently by focusing on high-volume sellers to fund the development of its future EV projects.

Like any other automobile company, Mercedes is accelerating the process of electrification of its entire lineup. However, the shift will obviously be an expensive as well as time-consuming process. Thus, the company has decided to axe some coupes and convertibles to embrace an electric future. As part of the new strategy, the company will focus on high-volume sellers to fund the development EQ lineup of environment-friendly vehicles, and do away with the SLC, S-Class Coupe, and S-Class Convertible and some other two-door models.

Speaking on the topic, COO Schafer said, “We reached a portfolio of close to 50 vehicles last year, and there’s more to come on the electric side with our EQ lineup. We have some limitations in terms of what we can do in research and development.”

Schafer, however, stressed that Mercedes would not completely abandon coupes and convertibles, but its main focus would definitely be on EVs. He informed that competing in small markets is simply not worth the trouble because it would be wiser to redirect the research & development (R&D) efforts towards bigger sellers. That’s why the company would keep offering certain coupes and cabriolets in the coming years but in a different shape and form.

It may be noted here that governments around the world are making desperate efforts to push automakers to make a quicker shift from internal combustion engines (ICEs) to EVs to help protect the environment as well as public health. In Europe, the EU has already warned that carbon emission rules and regulations will be tightened further as part of its efforts to phase out the production and use of ICE-powered vehicles by the end of current decade. British government has also declared that there will be a complete ban on petrol/diesel-powered passenger vehicles in the country by the end of 2030.

The tightening of the carbon emission rules & regulations is, in turn, prompting automakers like Mercedes to turn to electrification to comply with mandatory and legally binding caps on the total amount of hazardous gases that their vehicles are allowed to emit.