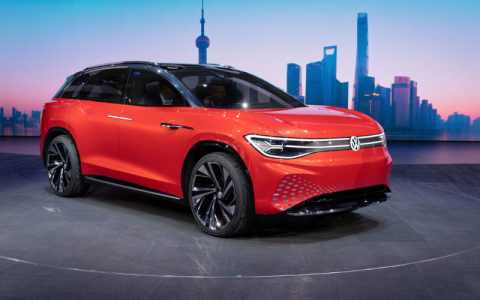 The Made-in-China Volkswagen ID.6 all-electric SUV was developed specifically for the Chinese market, but the German manufacturer has now indicated that the MEB-based, 7-seat EV may enter Europe as well.

From the very beginning of the production of the VW ID.6, the German manufacturer had been insisting that the electric SUV was developed specifically for Chinese consumers. In China, the EV is available in two different models and two independent joint ventures (JVs), viz. FAW-Volkswagen and SAIC Volkswagen, are responsible for the entire production. FAW-Volkswagen has been responsible for producing the ID.6 CROZZ version of the EV; while SAIC Volkswagen is producing the ID.6 X.

Now, it appears that the VW ID.6 all-electric SUV is all set to be rolled out into the European markets. As per emerging media reports, the two aforementioned JVs could start exporting the locally-produced VW ID.6 electric SUV sooner than later. A report published by Business Insider claims that the German manufacturing giant has plans to import the all-electric SUV from China to sell it in Europe. The same report also claims that the German manufacturer has plans to import as many as 15,000 units of the ID.6 per year or 80,000 units over a period of next five years.

The Volkswagen ID.6 is offered with two battery options - 62 or 82 kWh - and with rear-wheel drive or all-wheel drive system. In China, it's sold alongside the ID.4 and the most recently introduced ID.3.

The VW ID.6 is a three-row electric crossover comes in two battery options: 62 kWh or 82 kWh with rear-wheel drive (RWD) or all-wheel drive (AWD) system. In China, it is sold alongside the VW ID.3 and ID.4.

In case VW decides to import Made-in-China EV to Europe, it would not be the first manufacturer to do. Many other manufacturers are already importing China-made EVs. For instance, BMW and Tesla are importing the iX3 Model 3/ Y EVs from China.