Lexus working on its first PHEV, which will be an NX compact crossover: Report 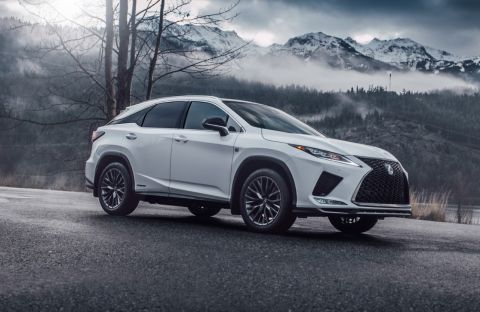 Lexus, the luxury vehicle division of Japanese automobile giant Toyota Motor Corporation, is reportedly working on project to create its first plug-in hybrid electric vehicle (PHEV). As the name suggests, a PHEV is a hybrid EV which comes equipped with a battery pack as well as an on-board internal combustion engine. Lexus’ all-new completely redesigned 2022 NX will also officially get a PHEV option. A report published recently by “Green Car Congress” sheds fresh light on Lexus' upcoming NX plug-in hybrid. According to the report, the all-new fully redesigned 2022 NX will be a PHEV option, in addition to the conventional hybrid configuration that is already available in the market. The reported plan is not without sense as the related Toyota RAV4 Prime is also a PHEV.

Toyota, Lexus’ parent firm, revealed that the upcoming Lexus NX 450h+ PHEV will have electric-only range of just 36 miles. Otherwise, the compact crossover PHEV will depend on its fossil fuel-powered engine to run. In terms of speed and acceleration, it will hit 60 miles per hour (mph) in just around 6 seconds. According to the recently published article, the compact crossover PHEV will come equipped with a 2.5-liter inline 4-cylinder engine, a new high-capacity lithium-ion battery pack, and a new hybrid transaxle.

The hybrid system of the PHEV will add as much power output as a conventional 2.0-liter engine. All-wheel drive (AWD) will come standard. Charging plays a key role in attracting potential buyers toward EVs as easily available-fast charging eases range anxiety. The NX 450h+ PHEV’s battery pack will take roughly 2.5 hours to get fully replenished, using a 240-volt outlet.

The NX 450h+ is not going to be Lexus’ only upcoming electrified vehicle as the Japanese luxury brand has plans to bring an all-electric vehicle to market sometime in 2022. The planned fully electric vehicle is reportedly related to the company’s LF-Z Electrified concept.

It is worth mentioning here that Lexus’ parent firm Toyota has not been a big fan of EVs. It is for this very reason that the Japanese car brand has thus far been lagging behind other global manufacturers in terms of transition from conventional internal combustion engines to electric powertrains. While rival automakers like Ford and GM have requested governments to take initiative to speed up legislation mandating the mass adoption of EVs; Toyota has repeatedly petitioned governments to reconsider their blanket bans on ICE vehicle sales.