KYMCO all set to launch battery-swapping electric scooters in Italy 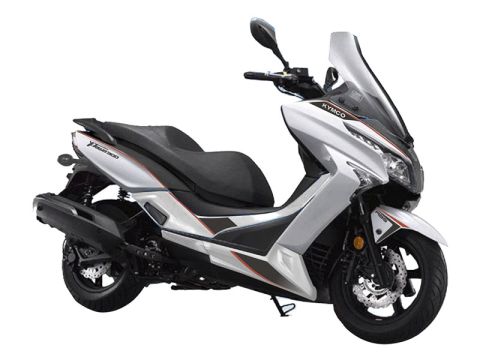 KYMCO, a Taiwanese motorcycle manufacturer headquartered in Kaohsiung, is all set to launch its battery-swapping electric scooters to European markets, starting with Italy. The Ionex battery swap system of KYMCO is quite popular in Taiwan and some other Asian countries as it allows people to buy and own electric scooters without batteries and then to get access to battery swapping stations by paying low monthly subscription fees. Thus far, this system has failed to penetrate European countries to the degree it has managed in Asia.

With an ambition to change all that, KYMCO is now bringing its electric scooters to Italy, with KMI di Padana Sviluppo to be responsible for distributing them.

It remains unclear which models of the electric scooters will be made available in Italy, but models like the KYMCO Ionex Many 110 EV have the potential to provide potent option for urban commuting in the country. The Ionex Many 110 EV can reach a top speed of 50 km/h (roughly 31 mph). When it comes to its capability to cover distance, it can carry up to five of Ionex’s swappable batteries to provide a range of up to 200 km (124 miles) between two charges.

Once exhausted, the batteries can either be recharged from a common wall outlet (of course, if it is available to the rider), or the exhausted batteries can simply be swapped out at a battery swap station. This advantage is expected to make it a prime option for urban commuters who don’t have easy access to charging facilities. It can significantly trim down the hurdle of charging in urban areas, which in turn can provide a much needed boost to mass adoption of electric two-wheelers.

As mentioned above, battery swap system is already popular in Asia but it could not penetrate the European markets. KYMCO’s latest move in a battery swapping electric scooter race is expected to make it popular in Europe as well.

KYMCO’s Ionex battery swap system competes with Gogoro’s battery swap system, the latter is currently outnumbering the former 10:1 in its domestic market. Japanese manufacturers like Honda have also launched their own battery swapping services. Thus far, Gogoro is winning the race but it is largely focusing on expanding its network in big Asian markets like China, India and Indonesia.

With the planned launch of Ionex battery swap system in Italy, KYMCO is undoubtedly trying to beat out rivals like Gogoro and Honda.