Japan expects economy to contract 3.3 per cent in fiscal 2009 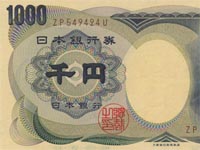 Tokyo  - The Japanese government on Monday announced the steepest-ever downward projection of the nation's economic growth as the world's second-largest economy suffers its worst recession in postwar history.

The Cabinet Office said the nation's economy would contract 3.3 per cent for the current fiscal year that began April 1, revising downward from zero growth it predicted in December.

The estimate came at a time Japan's economy "has been deteriorating at an unprecedented speed," particularly since the latter half of fiscal 2008, because of exports and production declines as well as weak private consumption, the Cabinet Office said.

For fiscal 2008 that ended March 31, the government expected the economy to have shrunk 3.1 per cent, down from an earlier estimate of a 0.8-per-cent fall.

The government submitted a fiscal 2009 extra budget to finance the stimulus plan to the parliament Monday.

The projections are based on the assumption that Japan's additional stimulus package would show effect in the economy in the July-September period.

For fiscal 2009, exports were expected to fall 27.6 per cent from the previous year, and capital spending was expected to drop 14.1 per cent. Both are the biggest-ever declines.

Private consumption, which accounts for more than half of Japan's GDP, was projected to recover to a 0.3-per-cent growth in fiscal 2009 after falling 0.3 per cent in fiscal 2008.

Public investment was also expected to rise 18.6 per cent, the biggest rise since fiscal 1971, thanks to aggressive fiscal spending.

Despite 200,000 jobs to be created with the stimulus package, the government estimated the nation's jobless rate would rise to 5.2 per cent in the current fiscal year, up from 4.1 per cent in fiscal 2008. (dpa)