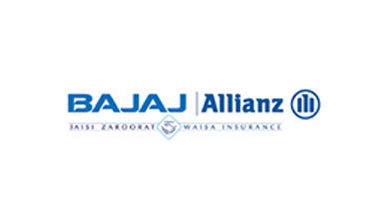 The Insurance Regulatory and Development Authority (IRDA) had, Aug 21, levied a penalty of Rs. 7,800,000 on the Pune-based Bajaj Allianz Life Insurance Company Ltd for rejecting 78 death claims without any valid reason.

"The penalties for anti-policyholder actions should be deterrent for all the industry players. In the Bajaj Allianz Life case, the IRDA could have been stringent at least to the extent it was with HDFC Standard Life Insurance," said S. Saroja, coordinator, Citizen, Consumer and Civic Action Group (CAG), referring to a penalty of five times this amount awarded earlier.

She said the IRDA order in the case of Bajaj Allianz Life makes it clear that the company had rejected 78 death claims without any valid reason.

The IRDA rejected Bajaj Allainz Life's contention that 78 death claims were rejected as the contract was "unconcluded" because the policy was not received by the policyholder before his death.

The regulator termed Bajaj Allianz Life's practice as unfair and against the policyholder's interests, and levied a penalty of Rs. 78,00,000, besides issuing a warning to the insurer.

The regulator also ordered the life insurer to settle the 78 repudiated claims within 180 days, along with interest.

"The penalty on this count works out to just Rs. 100,000 per rejected claim, which is far less than the Rs. 500,000 lakh that HDFC Standard Life was asked to pay for unfair rejection of claims," Saroja said.

In July 2012, the IRDA levied a penalty of Rs. 1.05 crore on HDFC Standard Life's shareholders for rejecting 21 death claims under its home loan protection policy under the 90-day exclusion condition.

The IRDA had specifically asked the company to delete the clause while approving the product in 2003, but the company sold its policies with that clause till April 2011.

K. K. Srinivasan, former member of IRDA, told IANS: "The Insurance Act (Section 102) provides for penalty up to Rs. 500,000 for each failure. If that is applied, the penalty in this case can work out to a whopping Rs. 3.9 crore which would be a huge deterrent."

A senior official with a private life insurer told IANS over phone from Mumbai: "Looking from that perspective, the IRDA seems to have gone soft on the shareholders of Bajaj Allianz Life as compared to HDFC Standard Life."

Queried about the IRDA's order, P. Ravi, head-technical at Bajaj Allianz Life, told IANS over phone from Pune: "We rejected the 78 claims based on our interpretation of a Supreme Court judgment. We will abide by the IRDA's order and settle the claims."

He said the company receives around 26,000 death claims under the individual policyholder portfolio and 94 percent of them are settled.

"The rejections are due to fraud, concealment of material fact at the time of taking out the policy and others," Ravi said.

"With the sum assured being less than Rs. 150,000 per policy, the IRDA's penalty of Rs. 100,000 per rejected claim is quite steep," D. Varadarajan, a Supreme Court lawyer who specialises in company and insurance laws, told IANS.

Citing the total penalty of Rs. 3.10 crore levied by IRDA on the owners Bajaj Allianz Life (for wrongful claims rejection, violation of various IRDA regulations) a senior official of a Mumbai-based private life insurer told IANS that the regulator has set a new bench mark in fines.

The earlier peak penalty was against the owners of HDFC Standard Life when it was asked to pay Rs. 1.47 crore last July (for rejection of 21 claims and for violation of various regulations).

"The number of charges that IRDA considered against Bajaj Allianz Life was 34 while it was 25 in the case of HDFC Standard Life," Saroja said.

"The legal heirs of the policyholders have a good case to approach the consumer courts and claim damages from Bajaj Allianz Life," remarked Saroja of CAG.

The email sent to IRDA chairman T. S. Vijayan by IANS for his comments went unanswered.(IANS)