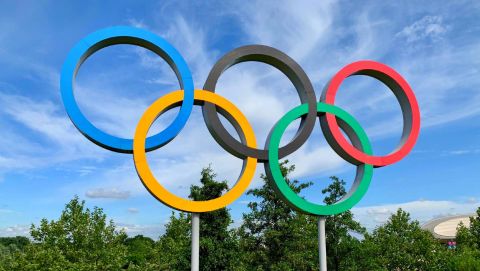 2020 was the year when a lot of things that should have happened, didn’t happen. The Euro Cup, major movie releases, music festivals, Spain’s Bull Run in Pamplona, the list goes on and on. However, perhaps the biggest setback of all was the lack of any Tokyo Olympics, which undoubtedly had the perfect logo design.

While this was an unofficial design, it was immensely cool and attractive enough to ignite curiosity in the games from casual fans who had no interest in the Olympics before. With the games officially being postponed until this summer, there has been a renewed interest and the additional year has allowed for participants to train and practice harder than before, making for one of the most highly anticipated and challenging competitions ever.

While India as a country has participated in the summer Olympic games since the turn of the last century, it has sought to make its mark in the Olympic arena for some time now and while it has made a decent name for itself in a limited number of sports, such as field hockey and wrestling. The nation has begun making forays into archery, shooting, badminton, tennis, as well as boxing, in a sign that its interest in sports is growing and developing, along with the rest of the country.

In this article we are going to be taking a look at a few of these sports in which India’s Olympic hopefuls are now making concrete moves towards reaching the podium and putting their country on the international map.

India has had skilled boxers for over a decade now with Vijender Singh winning bronze at the 2008 Beijing Olympics and achieving the top world ranking in the middle weight category in 2009.

Since that time, both men’s and women’s boxing have enjoyed continued success, capturing bronze medals at the Olympics, while also winning silver and gold, respectively at the Asian Championships.

The Women’s Boxing team is extremely diverse as well:

Moving on from an individual sport to a team sport, field hockey in Olympics has been dominated by India for almost a century now. Being the first non-European team to be a part of the International Hockey Federation, India won its first Olympic Gold in field hockey all the way back in 1928 and even remained unbeaten until 1960, winning six gold medals in a row, making it the most successful field hockey team summer Olympics history.

The winning streak, although broken, hasn't stopped India from continuing to dominate the sport, as it has won the Asian Games in 2014, seized the Asia Cup in 2017, and also won the Asian Champions Trophy in 2018. In addition they have won world cups, champion’s trophies, and the World Field Hockey series.

Given all this success, it should come as no surprise that India is the hands down favorite to win gold in this category at the upcoming summer Olympics, at which it will compete against the likes of the Netherlands, Belgium, and Australia for field hockey supremacy.

In fact, the Indian field hockey team has been such a source of national pride, that the federal government has even provided them with a massive financial boost in the form of a monthly allowance under the Target Olympic Podium Scheme, which enables team members to focus solely on the game and nothing else. This is a break from the recent past, when Indian athletes who were short of funds to compete in the Sochi Olympic Games in 2014 received an outpouring of funds from Dogecoin enthusiasts, in the form of 4 million units of the cryptocurrency, worth around $6,000 at that time.

This was way before the cryptocurrency craze we see today, with virtual coins like Bitcoin, Ethereum, and even Dogecoin (which started more or less as a joke), being increasingly relevant in the overall scheme of things. Now, cryptocurrency is becoming more and more accepted as a form of payments by business ranging from major retailers all the way to more niche fields like crypto-friendly casinos. And their value keeps getting higher and higher, with Bitcoin regularly reaching all-time highs, followed by many other virtual coins. Even Dogecoin is on the rise. In fact, the donation received by the Indian field hockey team would be worth more than half a million US dollars at current prices.

Wrestling has been an ancient sport in India, recorded in millennia old myths like Ramayana and Mahabharata as well as historical anecdotes of kings and emperors. India has had a glorious relation with wrestling on the international stage too, with the national team winning silver and bronze medals at the summer Olympic games in the past. This year’s wrestling contingent has some new faces who are eager to carry the legacy of Indian wrestling forward, including:

Indian wrestling looks poised to make a run for gold, with lower podium finishes being factored into expectations.

In addition to the above, India is making headway in several newer sports where the long-term potential is high. Among these is the equestrian competition, which India will be entering as a participant for the first time in two decades, with Fouaad Mirza who won a silver at the 2018 Asian games. India will also be participating in fencing with C. A. Bhavani Devi being the first Indian fencer to ever qualify for the Olympic games. In addition, there will be teams participating in the shooting, archery, track and field, javelin throw, and shot put categories. Making the Indian Olympic contingent one of the country’s largest ever, with the potential to win several Olympic medals and be competitive all-around.

India has emerged as a power on the world geopolitical stage and with this there have also come new opportunities to raise its international profile by not only participating, but enjoying success on world stages such as the Olympic games, which is the most watched sporting event in the world, besides the FIFA World Cup. In this respect, India’s sporting strength could not have come at a better time.