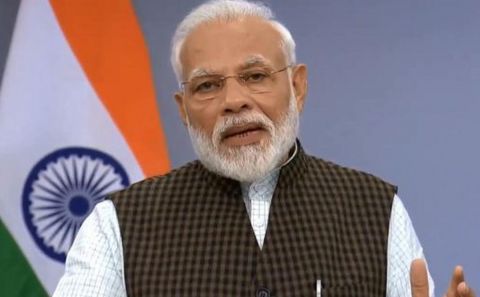 Indian government has swung into action in early March and Indian Prime Minister Narendra Modi announced lockdown all over the country. While many people would be surprised that Modi ordered closure for such a massive country for 21 days, experts on the matter say that Indian government isn’t having much of options at hand. India is an overpopulated country with limited access to healthcare services for its residents. And, majority of Indians aren’t well aware of the impact of coronavirus and how to deal with it. Under such circumstances, there can be a lot of confusion about masses.

Another problem is India’s craze with social media app WhatsApp. Indian users depend heavily on the information circulated in WhatsApp groups and many users keep on forwarding such messages without paying much attention to the actual content of those messages. This can easily give rise to myths and misconceptions. As soon as the message about effect of chloroquine circulated on social media, the stock of medication in Indian pharmacies dried up as consumers started buying it.

Indian government is very well aware of the situation that could go out of control in case the number of infections starts rising. India is not well-equipped to deal with pandemic of such a magnitude and it will be difficult situation for medical experts and hospitals across India. For the moment, Modi is having mass support on his decisions. However, Indian economy (and world economy) will face major challenges in the months to come.

Indian economy was already faltering but the pandemic could change the equation. Modi has said on a few occasions that their priority is to save the people right now and economy will be second priority. If the Indian government is successful in containing the pandemic, Modi could win support from people who have been criticizing him for his policies in the past. Additionally, Modi’s habit of taking action before putting much of thought about the aftereffects could work this time. Coronavirus cases are among the lowest in India while considering countries with population above 100 million.