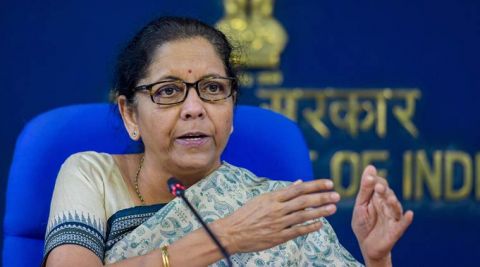 Indian government is seriously considering the idea of creating a ‘Bad Bank’ in order to resolve Indian banking sector’s NPA crisis. The idea suggested by Indian Banks Association will be submitted to RBI and Indian government this week as Finance Ministry has expressed interest in this idea, as per people aware of the developments. Nearly 70,000 crore worth of non-performing loans will be first submitted to the ‘Bad Bank’ and if the concept is successful, more would be added later.

IBA informed that the so-called Bad Bank would require Rs 10,000 crore as initial capital. Many other countries have resolved bank NPA crisis by setting up different mechanisms. Indian government can’t keep on kicking the can down the road. At some point, the losses have to be realized and accounted for. The resolution of NPA issue will help the banks to focus on their core business and better lending in future. For the PSU banks, government should have strict control over the process for allocating big ticket loans. India has a long history of ineffective and poorly implemented, strict regulations. However, the issue lies with the implementation and corruption.

Many PSU bank scandals have emerged in the recent years. While some of them received media attention and the loan defaulters ran out of the country, there are many which haven’t been reported in media. However, the unreported cases account for the bigger chunk of the NPA issue for the banks.

As per one official (identity withheld due to confidential nature of the proposal) aware of IBA proposal, “The association is proposing three stages of resolution, including an Asset Reconstruction Company (ARC), Asset Management Company (AMC), and finally the Alternate Investment Fund (AIF). The ARC will be owned by the Government of India- that is what we planning, AMC will be a professional body with participation from public and private sector, and the AIF where we want to create a secondary market for Security Receipts.”

The NPA accounts for both public sector and private banks can be added to the bad bank for resolution of the pending debt. It is yet to be seen what the Finance Ministry will decide about IBA proposal.