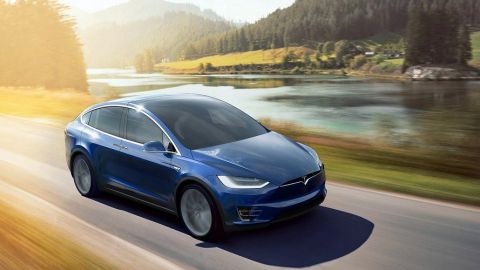 Tesla Motors CEO Elon Musk announced that the electric vehicles major would start the process for its entry in the Indian market in January 2021. Tesla Motors has witnessed a much better performance in the US markets in the recent two quarters and that has resulted in Tesla Motors stock registering massive gains. The rise in valuation of Tesla Motors has given boost to the company’s plans to improve its position in markets outside North America.

While Tesla has been doing much better in European and Chinese markets, its future in Indian market could pose a lot of challenges. Indian consumers still consider cars with price tag higher than INR 10 lakh in the premium range. And, Indian consumer is very calculative about the cost of ownership and cost of running for vehicles. Indian market has been ruled by Maruti Suzuki and Hyundai Motors. Both the companies have their stable production facilities in India and they have put a lot of resources to focus on Indian consumer.

Many other companies have tried the Indian market while missing dedicated resources to this emerging market and they have failed. Renault and General Motors are two examples of strong automobile groups that have not managed to penetrate in the Indian market. India ranks as the fifth largest automobile market in the world but the penetration of electric vehicles is really low in India. Indian government announced some steps to promote electric vehicles in India but those steps weren’t enough.

India would need a lot in terms of infrastructure from Tesla Motors and Elon Musk has still not confirmed how his electric vehicles company plans to operate in the Indian market. Tesla vehicles would be expensive for Indian consumers. There would be a limited target market in Indian for Tesla’s electric vehicle range unless the company comes up with low-end models for the Indian market.

The most sold car in the Indian market is Maruti Suzuki Alto (selling in range of INR 2.9 lakh to 3.5 lakh). Among the top 10 selling cars, only Hyundai Creta was the car above INR 10 lakh that featured with 99 thousand units sold in 2019. In the luxury cars segment, only 35 thousand vehicles were sold in Indian last year. Compared to US market where luxury vehicles account for 10 percent of total vehicle sales, the percentage in India is hovering around 1 percent. This would be a challenging segment for Tesla Motors to grab market share.