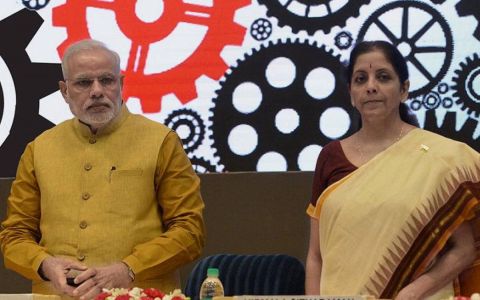 Indian Banks, both private and public sector, aren’t lending to small businesses and individuals as they used to do in the past. The banks have become risk averse as the figure for non-performing assets has been rising over the last few years. RBI and Finance Ministry have repeatedly urged banks to lend more but the effect on ground hasn’t been noticed. The NPA situation is worse for public sector banks but majority of private banks have their share of bad loans.

Banking sector analysts and Loan officers at major banks have told TopNews in private that banks won’t increase lending any time soon. Their logic is that when your loan book is looking bad due to rising NPAs and provisions each quarter, you can’t start taking new risks. And, this will lead to more trouble for small and medium businesses in India.

The majority of bad loans are concentrated to large and medium businesses. But, the impact of NPAs has been witnessed on loan allocations to almost all the sectors that need financing. Indian government should offer more capital to public sector banks so that they can start lending again. The check on loan allocation should be strict in order to avoid more bad loans in future. Real estate sector would flourish if the banks offer easier loans to people looking for new home.

Government should step in and resolve the NPA issue. It has been in media attention for the last few years and BJP has blamed Congress for the mess. However, it should be noted that instead of blame-game, if we concentrate on solution to the problem, it would be better for economy, banks and small businesses. If the economy blooms, large businesses can also gain and there is a chance that some of the bad loans can witness small recovery.

Yes Bank has joined the ranks of two co-operative banks that went bad. IndusInd Bank was the next in line but the management has carefully avoided bad media attention and the stock price of IndusInd Bank has stabilized. However, the bank stock valuation is still much lower compared to its 52-week high. RBI should keep a close watch on PSU and private banks to avoid any future shocks for depositors.

At the same time, the government should be strict in dealing with willful defaulters. We have seen a lot of stories in media and Prime Minister Narendra Modi claiming to take action against defaulters but very little concrete has been noticed on ground. Narendra Modi government has been in power for quite a long time and instead of blaming everything on Congress, we should look forward to fix the problems for banking sector.