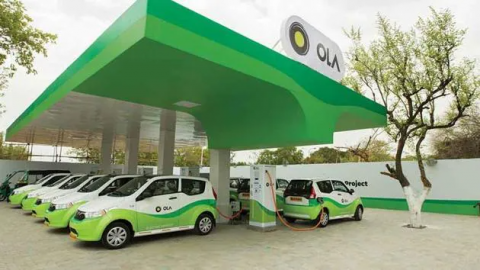 The fast-growing auto market in India has made significant progress in the field of battery technology and infrastructure for electric vehicles (EVs) in the last few years, the India Energy Storage Alliance’s (IESA’s) founder & executive director, Rahul Walawalkar, said.

In a recent interview, Walawalkar said that a number of public sector undertakings (PSUs) and private companies have established a large number of charging stations across India, while the Bureau of Indian Standards (BIS) and many other efficient organizations have dealt with issues related to power ratings, slow charging etc. The top executive stressed that raw materials remained no concern for Indian manufacturers; however, processing remained a concern.

He further added that EVs kept gaining traction in the country over the past few years, and inspite of higher costs, EVs resulted in considerable overall savings for their buyers as compared with vehicles running on fossil fuels. It was particularly true for fleet owners.

It may be noted here that IESA has worked with Indian government and its agencies like NITI Aayog for the INR18, 100 crore product-linked incentive scheme that was announced by the union government to create 50GWh of energy storage in ACC (advanced chemistry cell) batteries by 2025. The policy includes mobile and stationary batteries for EVs as well as electrical grid supply.

Mr. Walawalkar stressed that a large number of Indians would buy EVs if manufacturers produce vehicles with good features, like American EV pioneer Tesla Motors has done in its home country.

He further stressed to add that the government’s incentive scheme will surely provide a big boost to the process to create more energy storage, and IESA would play a key role in that.

Most of the countries around the world are accelerating their transitions form conventional fossil fuel-powered vehicles to environment-friendly EVs, and India is no exception to this trend. Under its new electric vehicle policy, India’s Union Government is offering various tax rebates and incentives to boost mass adoption of EVs.