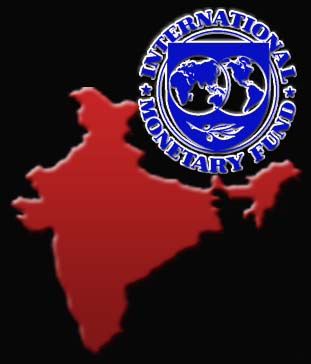 Highlighting the escalating economic importance of India in the world scenario, the Indian government has sought an increase in its International Monetary Fund (IMF) quota share, saying that it would put in nearly $10 billion to enhance the Fund's resources, corresponding to its existing share.

Saying that the government has requested the IMF to issue security bonds against the amount, Montek Singh Ahluwalia, Deputy Chairman of the Planning Commission, said that India is still negotiating, and things had not yet been finalized. He said that India's plea is based on the fact that while its current quota share is merely two percent, the country's importance in the world economy is a lot more.

In conversation with reporters, on the sidelines of the G20 ministerial level meeting, Ahluwalia noted that a direct contribution from the government becomes part of fiscal deficit. He suggested that IMF should allow the countries capable of investing in their reserves to buy security bonds, as the re-deployment of funds then does not necessitate any government sanction.

Ahluwalia said: "Our concern here is that this contribution should take the form of investment in IMF securities by the Reserve Bank of India." This way, RBI will be able to transfer some of its money presently held US treasury bills or other US government bonds to the projected IMF securities.