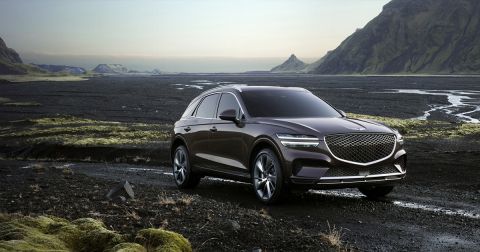 Hyundai Motor Group is multinational automotive manufacturer that serves as an umbrella company for a number of marques that include Hyundai, Kia, and the new Ioniq brand of electric vehicles (EVs).

The manufacturing giant’s decision to manufacture GV70 luxury SUV at its Alabama plant in the U.S. is apparently a part of the company’s efforts to take advantage of proposed subsidies that the government will offer for EVs to be manufactured within the boundaries of the country. The all-electric luxury SUV’s manufacturing in the U.S. will mark the South Korean automotive giant’s first EV production in the country. The decision is expected to make a larger impact on the fast-growing American EV market.

In May this year, Hyundai revealed that it had set aside $7.4 billion to invent in future electric car development and manufacturing in the U.S. by the end of 2025. José Muñoz, global chief operating officer (COO) and chief executive officer (CEO) of Hyundai Motor (North America), said at the time that the huge investment was enough to demonstrate their deep commitment to the U.S. market.

At the time, Munoz said, “I am excited to make this announcement on behalf of the Hyundai Motor Group. This investment demonstrates our deep commitment to the US market, our dealers and customers. Hyundai will lead the future of mobility in the United States and around the world.”

The conventional gas-powered version of the GV70 luxury SUV was launched in the U.S. in June this year, and it enjoyed a great success in the market. Analysts are of the view that it is the luxury SUV’s early success that prompted Hyundai to choose the electrified version of the vehicle as its first EV model to manufacture in the U.S.

At this time, few details are available about the electrified GV70. However, spy shots of the battery-electric version suggest that it will not differ much from that of its ICE counterpart, which looks fantastic. Sources claim that the upcoming EV will deliver a range of up to 310 miles per single charge.

Hyundai’s luxury brand Genesis aims to put an end to new combustion models by 2025, and go all-electric by the end of current decade.