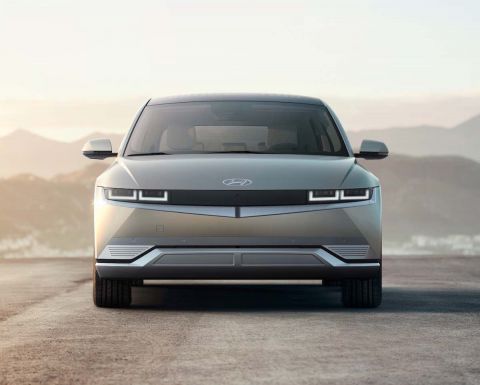 South Korean automotive manufacturer Hyundai Motor Company’s new Ioniq 5 electric SUV is more than an average electric vehicle (EV) as it can perform a number of other tasks, including cooking dinner. The Hyundai Ioniq 5 electric SUV can supply up to 3.6 kilowatts of power, which is enough to run appliances such as cooking stoves and refrigerators. In some promotional videos on Google’s video-sharing platform YouTube, a person camping in a remote area is shown running on a treadmill connected to the SUV’s battery. In the video, the camper also listens to his favorite tunes on a pair of speakers, and even roasts a chicken in a portable oven.

The promotional videos are part of Hyundai’s push to appeal to a younger audience as it is trying to catching up in the EV market. Currently, the South Korean automobile manufacturer is lagging behind EV pioneers like Tesla, Volkswagen (VW) and BMW AG. However, Hyundai EVs’ capabilities to allow owners to do more than just travelling will help boost their appeal among potential buyers.

Heung Soo Kim, head of product & EV businesses, said in a recent interview, “We looked at the wider meaning of space that would include outdoor and daily activities that consumers can do with their cars. We are constantly looking into new features that will appeal to users.”

Hyundai also claims that it is the first major EV manufacturer that is offering bi-directional charging, which allows owners to power various electronic devices from the vehicle’s battery.

While batteries of conventional vehicles can be used to charge mobile phones and laptops, they drain very quickly if they are used to power anything like a sound system or portable refrigerator. However, the Hyundai Ioniq 5 EV comes with the option to install a solar-panel roof to charge its battery pack, offering additional energy to drive a longer distance or use the additional energy to power various appliances.

Hyundai has already received orders for more than 20,000 of the Electric-Global Modular Platform-based Ioniq 5 EV in its home market of South Korea. The auto giant aims to sell 26,500 units of the EV in South Korea by the end of this year, which is just a fraction of the company’s total sales target of 741,500 units. The Ioniq 5 is available with a starting price tag of 52 million won (US$46,000) before subsidies.