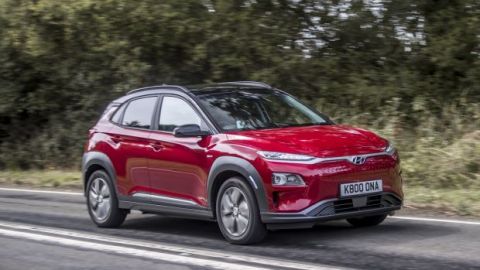 South Korean automotive manufacturer Hyundai Motor Company will recall a large number of its electric vehicles (EVs), including the Kona Electric, the IONIQ Electric and the Elec City Bus, to replace their batteries. According to emerging media reports, Hyundai has signed an agreement with Domestic Ministry of Land, Infrastructure & Transport to replace all of the batteries in its Kona, IONIQ Electric and the Elec City Bus EV fleet. The agreement was reportedly signed following numerous incidents of battery fires in various Hyundai models.

Initially, the automaker considered replacing battery cells for Kona EVs only but incidents of fires breaking out in other EV models forced the company to expand the recall to include the IONIQ Electric and the Elec City Bus fleets as well.

The batteries in question are from LG Energy Solution. As many as 21,000 units of the IONIQ were sold in Korea alone. The company decided to expand the recall to include its electric bus after an Elec City bus caught fire on 15th of February. A total of 263 units of the Elec City bus were sold in the country. Overall, the number of Hyundai EVs subject to the recall will reportedly be more than 100,000.

Neither Hyundai nor LG Chem responded to repeated requests for a comment on the massive recall.

Since 2018, a problem with the cell separator caused fired in more than 15 Kona EVs in Korea alone. Five of those fires occurred after the company updated a battery management system. The company took the decision to recall the EVs for complete battery replacement following recent battery fire incidents.

Replacing batteries in all of its three aforementioned EV fleets will cost the company more than $1.8 billion in Korea alone. The cost of replacing the batteries in just the Kona EVs in the country will likely cost the company $540 million. The cost will undoubtedly be partially borne by LG Chem as well. But, the amount of the split remains in question.

In the meantime, some reports are suggesting that Hyundai is preparing to switch from LG Chem to SK Innovation for EV batteries. However, the plan may have to be postponed for many years to come as the International Trade Commission has just concluded that SK Innovation stole LG Chem’s trade secrets. This could prevent SK Innovation from selling EV batteries in the US for a decade.