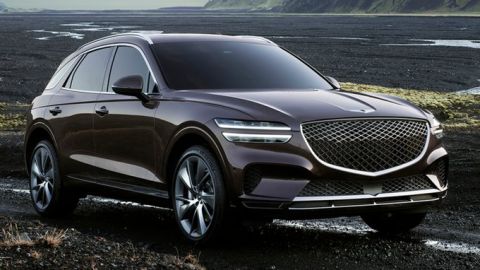 South Korean automobile giant Hyundai Motor Company has reported a consistent increase in its plug-in electric car sales in May 2022, even as the company suffered a miniscule decline of 0.5 per cent in its global vehicle sales.

The Seoul-headquartered multinational automotive manufacturer announced that it sold 324,039 units worldwide, representing a decline of 0.5 per cent year-over-year. Year-to-date (YTD), the manufacturer sold 1,536,865 vehicles, down 8.2 per cent. The company blamed business uncertainties around the globe for the decline in its overall sales. However, the company managed to increase its plug-in electric car sales, thanks partly to expansion of its EV lineup.

Last month, the company’s plug-in car wholesale shipments grew to more than 20,000 units. The figure, which sets another new monthly record, represents an impressive increase of over 50 per cent year-over-year. It also represents 6.4 per cent of the automaker’s total wholesale volume. More precisely, the company’s wholesale shipments volumes by type of powertrain are as follows – BEVs: 15,661 units, up 64 per cent year-over-year; and PHEVs: 4,790 units, up 27 per cent. Total plug-ins shipments jumped 53 per cent to settle at 20,451 units. FCV shipments reached 1,333 units, representing a growth of 48 per cent.

On top of that, the South Korean manufacturer’s Genesis premium brand sold more than 2,000 units of the GV60, GV70 EV and G80 EV. It was for the very first time at the brand reported sales of more than a couple of thousand units. However, it is also worth-noting here that wholesale numbers mentioned above are close to production numbers, not to real sales to customers.

The aforementioned stats show that Hyundai's electrification on the rise, representing the company’s accelerating transition from internal combustion engines (ICEs) to electric powertrains. While all-electric sales of the company improved to a new monthly record, sales of plug-in hybrids and hydrogen fuel cell vehicles have reached near-record levels.