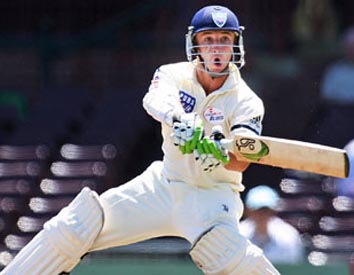 "I've felt for a long time in cricket there has been too much of a focus on technique and a misunderstanding of what technique really is," Chappell said.

"One of the problems cricket coaching has been caught up with is that technique is something that should be perfect in somebody's opinion. I've never agreed with that and probably even more so in recent times that technique is this mystical, magical position you get into to play a shot," he said.

"Batting is about scoring runs. Batting is about getting the ball into areas where the fielders aren't. It's being able to get bowlers to bowl in your areas and I think Phillip does it well," the Daily Telegraph quoted Chappell, as saying.

"He will look bad when he gets out, as all batsmen do occasionally, but that doesn't mean his method is wrong," he said.

Hughes' coach Neil D'Costa says there is another thing about his charge that people should not ignore.

"The X-factor in sport is immeasurable. Obviously you can't measure Phil's ability to focus on each cricket delivery that's bowled to him. His greatest strength is his discipline in an innings," he said.

"He has a sixth sense of how to weigh up the conditions and execute the plan," D'Costa said.

Fromer Australian coach John Buchanan is impressed, but not yet convinced about Hughes technique.

"Phil Hughes' performances may or may not have been the performances of a very good player. Time will tell, he added. (ANI)