How are the European and Indian Economies Handling COVID-19? 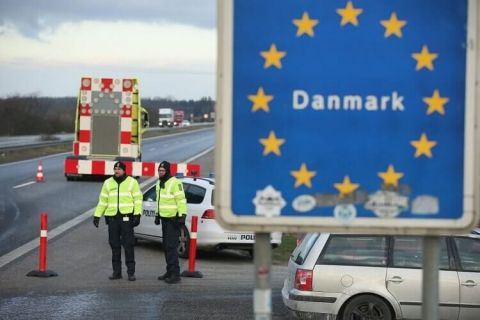 The global economic outlook for Q1 and Q2 is bleak. In Europe, Italy is the poster child for a country that has been decimated by COVID-19. The quarantine that has encapsulated most of the European countries, as well as many Asian nations, have slowed economic growth to a standstill, driving down the stock markets across the region. While the death toll from the virus continues to trend lower in most countries in Europe plans to tentatively open up the economy will be going ahead.

Unfortunately, there has been a second wave of infections in some Southeast Asia due to crowded living conditions, which leads to a faster spread of the contagion. For countries like India that have to weigh the need for saving lives against the need for saving livelihoods, it is a difficult decision to reopen given how the spread of the disease has played out in other countries. What has been very surprising is the low number of deaths that have been reported in India that are related to COVID-19.

Reopening is Harder than Closing

It now appears that many European countries are in the process of planning a reopening of their economies. Reopening is much more difficult than closing down. The process of closing down was relatively easy, as governments mandated a quarantine and close non-essential businesses. To reopen, the government of each country needs to determine which business can open and what is the plan to keep people safe.

In France, French Prime Minister Edouard Philippe is presenting the government's plan to unwind the Covid-19 lockdown to the parliament which will then vote on the measures. In Italy, the country in Europe hit hardest by COVID-19 is set to de-quarantine and set to open some businesses. Prime Minister Giuseppe Conte promising Italians on Sunday they would soon be allowed to stroll in parks and move about the country.

The Spanish government has announced that businesses will soon be able to gradually reopening economic activity. Children will be allowed outdoors for a brief period during the weekend. But leaders seem to agree that there is a delicate balance between freedom and safety.

There is also the possibility that Europe opens to a greater extent during the summer. A traveler might be able to move from country to country as long as they have some form of “COVID-19 Passport”. This would some form of health document that EU tourism administers as a way of helping the travel industry recover from the pandemic. This would only be for countries that have COVID-19 under control.

India Has Weathered the Storm, So Far

It appears that India has initial weather the COVID-19 storm by mandating that citizens shutter in place. When the virus first hit the country the government halted public transit and ordered more than 1.3 billion residents to stay indoors.

The fear was that the virus would quickly spread through India, especially many of the crowded cities, and overwhelm the healthcare system which was not equipped to handle a pandemic. The government believed that the death toll could be worse than Europe whereas many of the countries in Europe had a better healthcare system. The Government has a May 3, reopening date that it is carefully monitoring as many parts of the Indian country are seeing a dramatic drop in mortality. India has counted more than 20,000 active cases of COVID-19 and about 900 deaths.

Unfortunately, this number is inaccurate as the volume of testing has been limited. Many are speculating why India has appeared to have handled the spread of the virus so well. Some believe it’s the hot weather, but the reality is that India is so populated that a quarantine has drastically reduced all forms of accidental deaths and crime-related deaths.

Europe is on the verge of attempting to reopen economic activity. Some countries like Denmark have already reopened schools. The countries quick response to the pandemic and a lockdown of the country have allowed it to reopen sooner than many of its neighbors. While many other European countries did not follow Denmark, India used a very similar strategy that might be fruitful. The rapid response to the disease which included a quick quarantine and lockdown of a country is one of the only strategies that appear to have worked. Many countries in Europe such as Italy and Spain were very slow to react, generating a very high death toll. This is in contrast to the very low death tool seen in India, due to their strategy of closing down their country using firm quarantine measures.