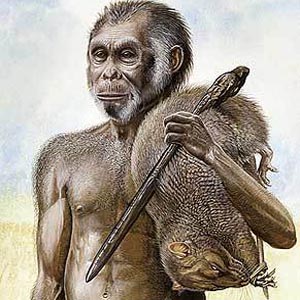 Scientists have confirmed that Homo floresiensis, dubbed the ''hobbit'', who inhabited the Indonesian island of Flores some 13,000 years ago were not malformed humans.

According to the reports, when the remains of a tiny, 18,000-year-old female were uncovered in 2003 scientists thought they belonged to a unique species of hominin.

Then in 2008, Peter Obendorf of RMIT University in Melbourne, Australia, claimed the remains were of a modern human with cretinism, a disease caused by iodine deficiency.

Another Australian researcher, however, has now overturned the claim on its head.

The New Scientists quoted Colin Groves of the Australian National University in Canberra, as saying, "I have put that claim to rest."

Groves compared the Flores bones with those of 10 people who'd had cretinism, focusing on anatomical features that are typical of the disease.

Researchers William Jungers and Karen Baab, both from Stony Brook University Medical Center in New York, previously studied the skeletal remains of the female (LB1), nicknamed "Little Lady of Flores" or "Flo" to confirm the evolutionary path of the hobbit species.

It has also been reported that the specimen was remarkably complete and included skull, jaw, arms, legs, hands, and feet that provided researchers with integrated information from an individual fossil.

The cranial capacity of LB1 was just over 400 cm, making it more similar to the brains of a chimpanzee or bipedal "ape-men" of East and South Africa.

According to the researchers, the skull and jawbone features are much more primitive looking than any normal modern human.

Statistical analysis of skull shapes show modern humans cluster together in one group, microcephalic humans in another and the hobbit along with ancient hominins in a third.

The scientists, due to the relative completeness of fossil remains for LB1, were able to reconstruct a reliable body design that was unlike any modern human. (With Inputs from Agencies)